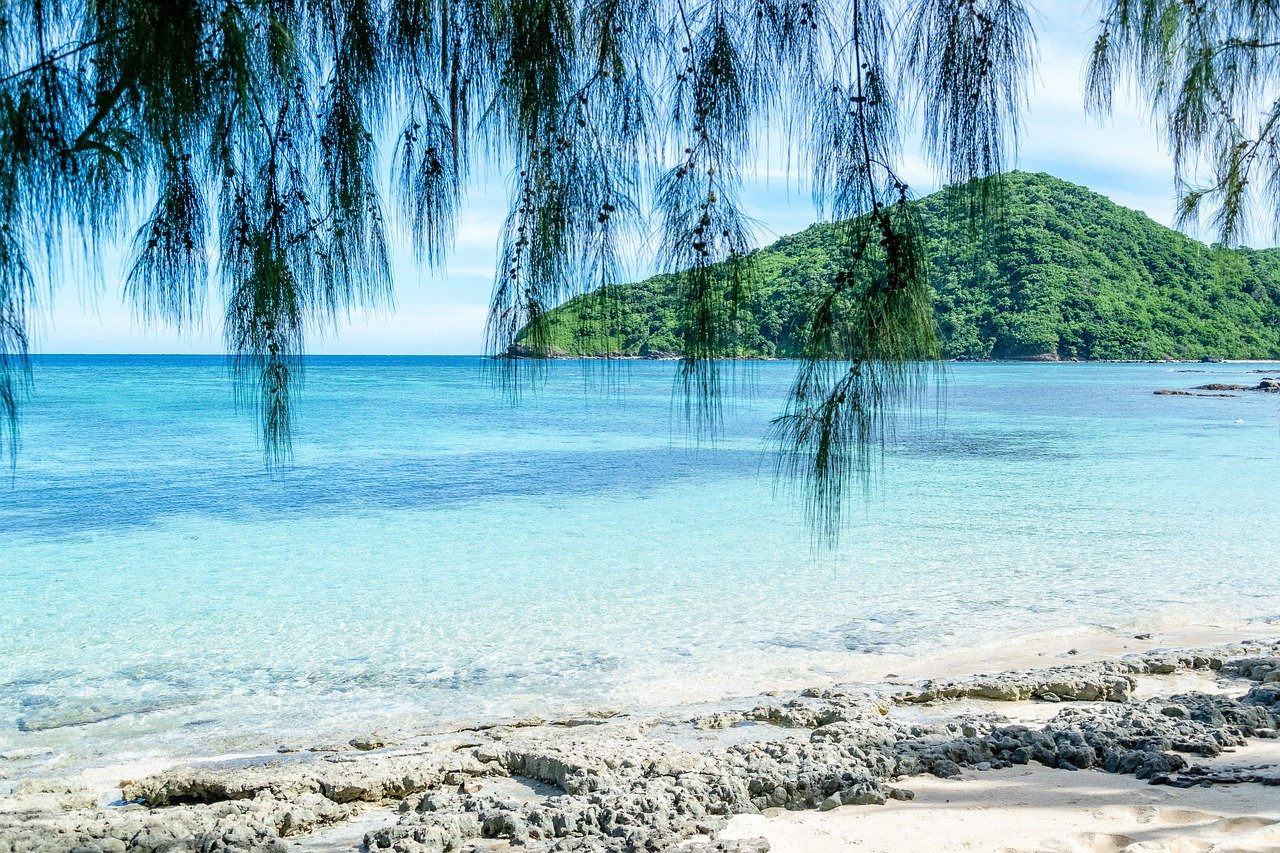 Debt, Distrust, and Dealmaking: the Battle for Digicel Pacific

This basically means we kicked off 2021 with some Marie Kondo-level tidying by aligning our country-to-region mapping across all of our research. For the GlobalComms team, this included spinning out Oceania from Asia.

Indeed, the exercise gave me the opportunity to check in on happenings in Oceania. And this is why I thought it was the perfect time to take a closer look at one of the region’s major developments: the likely sale of Digicel Pacific.

The financial issues that have dogged Denis O’Brien’s Digicel Group have been well documented in recent years. Given its strong operational footprint in the Caribbean, speculation that the group could cash in on its Digicel Pacific business unit has been rife.

Digicel’s first operating market in the Pacific region was Samoa. Digicel was granted a cellular license in April 2006 and commenced operations following its acquisition of Telecom Samoa Cellular in September 2006, re-launching it as Digicel Samoa in November 2006.

Digicel was subsequently issued a license in Papua New Guinea in March 2007, going on to launch in July that year. Next, they acquired the assets of Shoreline Communications (TonFon) in Tonga in December 2007 and re-launched it under the Digicel brand in May 2008.

Further, Digicel Vanuatu went live in June 2008 and Digicel Fiji was launched in October 2008. Finally, the company activated its network in Nauru in September 2009.

Digicel notes that the six countries in question have an aggregate population of approximately 8.6 million people. And TeleGeography estimates that the group served 2.941 million wireless subscribers across six markets as of September 2020.

As per the company’s own data, Digicel occupies first place in five of the six Pacific markets in which it operates. Fiji is the lone exception; Digicel trails Vodafone Fiji, a unit of Amalgamated Telecom Holdings (ATH).

The idea that crucial telecom infrastructure in a communications hub like Papua New Guinea could change hands has provoked unease both locally and in Australia.

With more than 2.3 million subscribers, Digicel PNG is arguably the jewel in the crown. The idea that crucial telecom infrastructure in a communications hub like Papua New Guinea could change hands has provoked unease both locally and in Australia.

In May 2020, Digicel denied rumors that it was in talks with China Mobile regarding the sale of its units in the region. By the end of the year, Digicel had changed its tune, confirming that it was now exploring the potential sale of its Pacific business, after receiving “unsolicited approaches from a number of parties.”

Multinational investment bank Citigroup has been given the job of finding a buyer for the assets. For its part, Digicel has refused to comment further, noting that its discussions with unnamed potential buyers were private.

In 2020, a liquidation analysis by KPMG valued Digicel Pacific at just $615.2 million. Worryingly, the accountancy firm indicated that Digicel Pacific was the only part of the empire that would raise money in a fire-sale scenario. (Note: the KPMG analysis was performed before Digicel started its largely successful negotiations with bondholders on the restructuring of its distressed debt.)

The Australian Financial Review, which has been closely tracking developments, indicated that China Mobile has been conducting due diligence on Digicel Pacific, and is willing to pay $900 million for the business. Meanwhile, Citigroup believes that the company is worth closer to $2 billion.

The debt-laden Digicel will hope to secure a fee closer to the Citigroup valuation, with a view to wiping a substantial chunk off its $5.4 billion debt mountain.

As things stand, China Mobile is believed to be the most likely candidate to acquire Digicel’s operations in the region. The group’s chief overseas assets are currently Zong in Pakistan and China Mobile Hong Kong, although it also holds a minority stake in Thailand’s True Corp.

The Beijing government has sought to grow its influence across the Pacific in recent years, increasingly positioning itself as a diplomatic and economic partner to a number of far-flung island nations. A move for Digicel and its infrastructure would be a natural extension of its strategy—something that Australia and the U.S. are keen to avoid.

Chinese vendors Huawei and ZTE have also been named as interested parties in the race for Digicel Pacific, although the idea of equipment companies entering the retail telecom space would be unusual.

Intriguingly, given its unease at the unfolding situation, the Australian government is understood to be considering an offer of financial assistance in the form of subsidized loans or loan guarantees to support rival bidders for Digicel Pacific.

Australia’s national security agencies are said to have been troubled by the prospect of a Chinese state-owned firm gaining access to critical infrastructure in the region. They’re keen to prevent that from happening.

However, some experts have suggested that Digicel itself has exaggerated Chinese interest in the assets, as it seeks to lure Australian-backed bidders out of the woodwork.

However, some experts have suggested that Digicel itself has exaggerated Chinese interest in the assets, as it seeks to lure Australian-backed bidders out of the woodwork.

You may recall that, in 2018, the Australian government agreed to fund the bulk of the Coral Sea Cable System, which went on to connect Sydney to Solomon Islands and Papua New Guinea,  ousting a rival offer from Chinese vendor Huawei. On that occasion, the funding was supplied via Australian Aid, a fund administered by The Department of Foreign Affairs and Trade.

Fiji-based ATH is a key mobile player in the region that currently operates in Fiji, American Samoa, Kiribati, Vanuatu, Samoa, and the Cook Islands. It also owns an operating license for PNG, which they have yet to use.

While Solomon Islands is known to be a long-term target for ATH, Digicel’s predicament has now turned the group’s attention toward a pair of islands missing from its Pacific jigsaw puzzle.

While Solomon Islands is known to be a long-term target for ATH, Digicel’s predicament has now turned the group’s attention toward a pair of islands missing from its Pacific jigsaw puzzle.

In December 2020, Pradeep Lal, CEO of Vodafone Fiji, told local journalists that his parent company ATH remains in “acquisition mode,” noting that the company would be interested in making a move for Digicel’s businesses in Tonga and Nauru, as long as the deals added value for its shareholders.

Antitrust hurdles will block a group-wide approach however, as regulators would be unlikely to sanction a duopoly becoming a monopoly in any of the other markets. Digicel would likely favor a Pacific-wide sale rather than selling the markets off piecemeal, potentially weakening ATH’s approach.

ATH hasn’t been the sole driver of M&A in the Pacific in recent years. Both Guam and the Northern Mariana Islands have seen an injection of capital from major Asian telecom groups.

Japan’s NTT DOCOMO owns DOCOMO Pacific operations in both Guam and the Marianas, while South Korea’s SK Telecom acquired a stake in IT&E in September 2018, giving itself a toehold in the region.

While neither company would prompt security concerns, it remains to be seen whether wider Oceania expansion plans are something that would be of strategic interest to either NTT or SK Telecom. Indeed, SK Telecom’s IT&E involvement was spurred by the fact that Guam and Saipan (the main island in the NMI chain) are among the top overseas vacation destinations for South Koreans, with more than 1 million Koreans visiting the islands each year.

It’s clear that the sale of Digicel Pacific could play out in any number of ways. Whatever the outcome, the telecom landscape in Oceania is likely to witness a seismic shift.