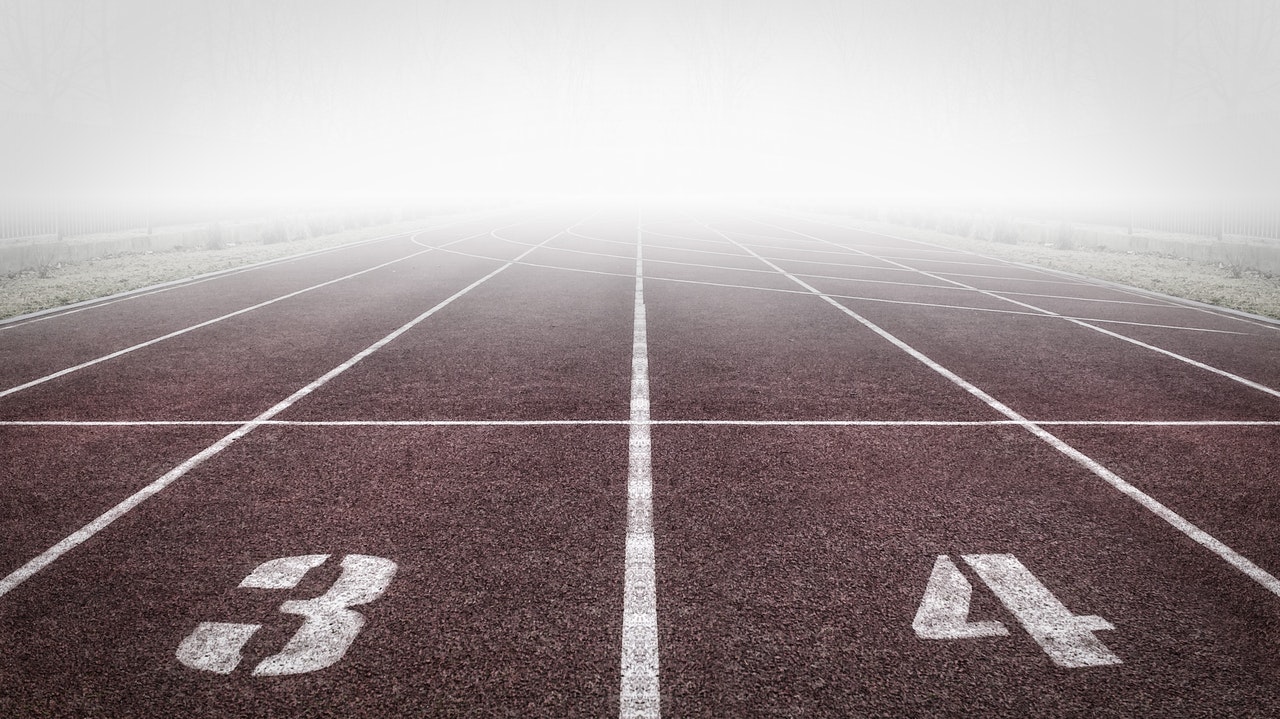 Survey Says: DIA Is Hot on the Heels of MPLS

Like in all previous versions, we asked questions about how networks are currently configured—and found that enterprise companies are increasingly embracing hybrid networks.

Let's get down to the nitty-gritty.

The percent of MPLS usage in the average respondent WAN has been on a steady decline, and in 2021 we saw a near convergence of the ratio of MPLS and DIA in the average network.

For the first time in our survey, less than half of average WAN sites were running MPLS.

For the first time in our survey, less than half of average WAN sites were running MPLS. While still the largest plurality, this shift reflects the plans of many WAN managers to reduce their reliance on MPLS in their networks.

Use of internet services in the global enterprise network is growing, but has not yet overtaken MPLS.

The average network is running DIA at 42% of sites, and broadband at around one-quarter of sites.

VPLS was present at 15% of average WAN sites, however this reflects a few respondents who chose VPLS over MPLS for most sites, rather than widespread usage of the product.

In interviews, WAN managers with VPLS generally expressed a desire to sunset the product because, as a Layer 2 technology, it doesn’t interface with SD-WAN well.

In contrast, IPL/point-to-point represented a smaller percent of average sites—only 5%—but was present in small amounts in many respondent networks. The most common use case stated was for high bandwidth connections between data centers.

Similarly, wireless represents a small percent of average WAN sites, often used as backups or temporary connectivity. Satellite had the lowest reported average usage, and has maintained its reputation as an expensive connectivity option of last resort.

What is the average product mix of your WAN sites? (2021)

Notes: Each bar represents the average percentage of WAN sites using the listed products across all respondents from 2021. Source: © 2022 TeleGeography

To examine product trends over time, we calculated the annual rate that the percent of each product in the average WAN changed. To do so, we used a compound annual growth rate (CAGR) formula, adjusted for percentages.

MPLS product usage is declining steadily, with a four year CAGR decline of 5%.

Given these rates, we will have an eye on DIA usage to perhaps overtake MPLS in future years. 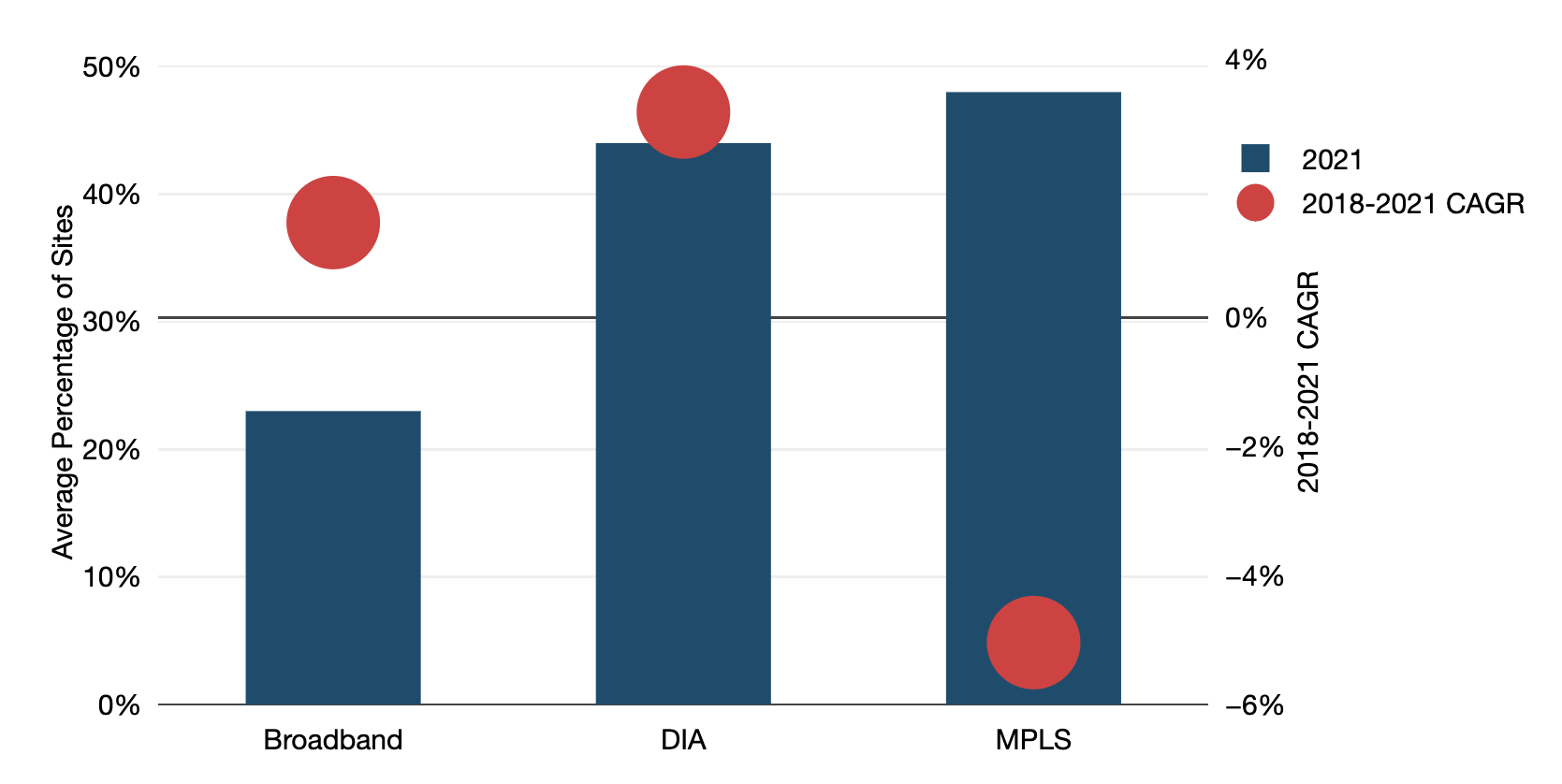 Notes: Each bar represents the average percent of sites using each respective access product in each respondent’s 2021 network. Each circle represents the four year CAGR percent change in average usage of each product. Source: © 2022 TeleGeography

Below is another view of the annual product mix trends by year.

DIA usage among respondents increased from 27% to 42% over the same time period.

Notes: Each bar represents the average percentage of WAN sites using the listed products across all respondents in each listed year. Source: © 2022 TeleGeography

You can download the full executive summary of our WAN Manager Survey over here. 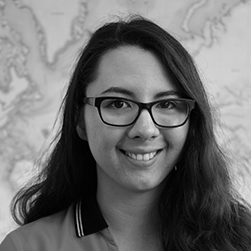 Running a Network for a Healthcare Company. During a Pandemic.