Growth in global bandwidth consumption won't be slowing down any time soon. It's no surprise that this trend is fueling the need for more data centers and, subsequently, network capacity to interconnect data centers. 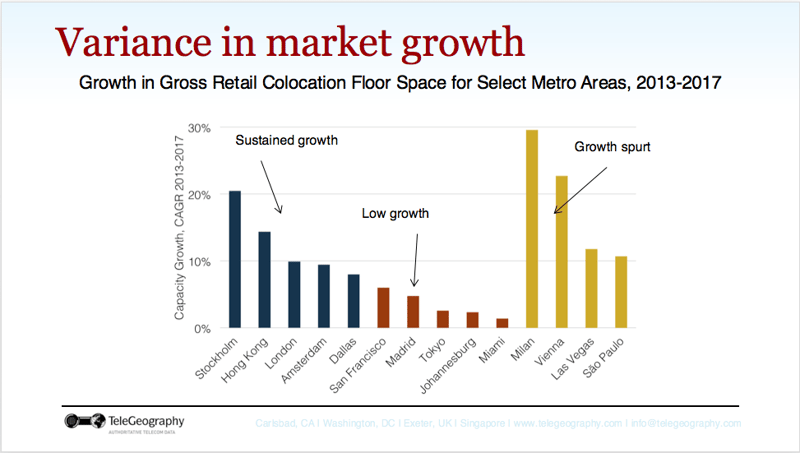 When it comes to "growth spurt" markets, it's not uncommon for smaller markets to see bursts of growth followed by stagnation. "In places where there's a small established base of colocation capacity, moves by a single operator can have dramatic effects," Jon said.

"In places where there's a small established base of colocation capacity, moves by a single operator can have dramatic effects."

Looking at sustained growth markets, we see continued growth despite having a well-established capacity base. In massive markets like London, Amsterdam, Dallas, and Hong Kong, even moderate growth rates can indicate significant amounts of ongoing deployments by multiple operators.

And this is just the tip of the iceberg. To hear more about interconnection demand and evolution of submarine data center interconnect technology, click below. 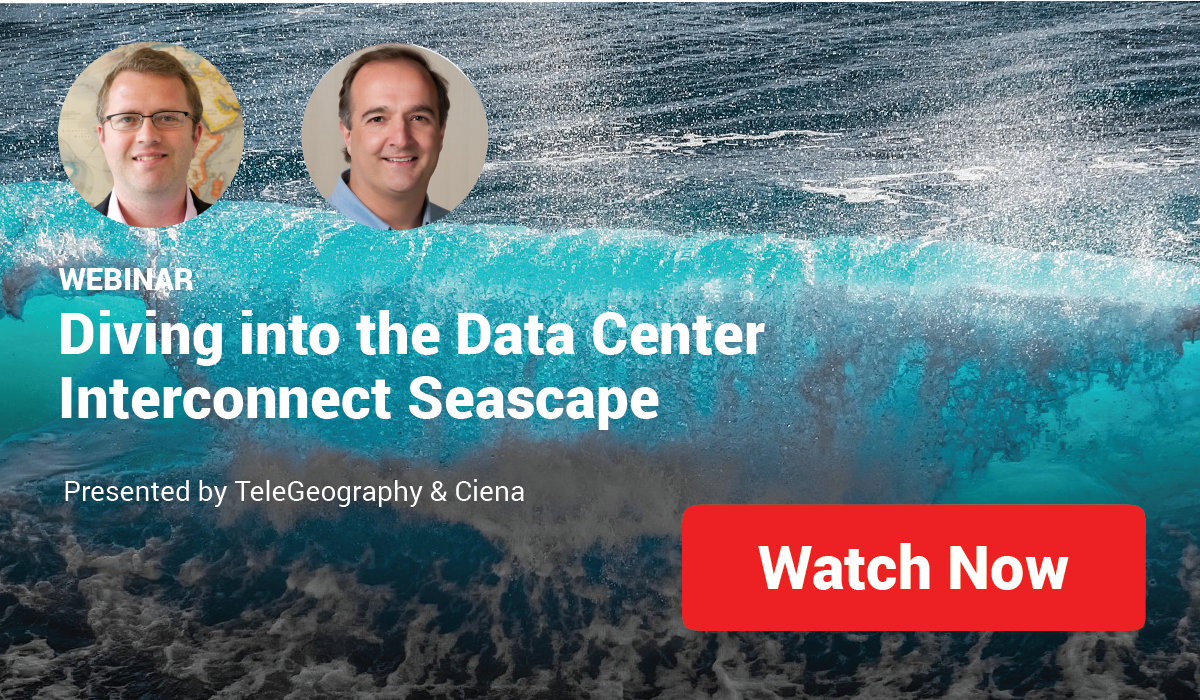