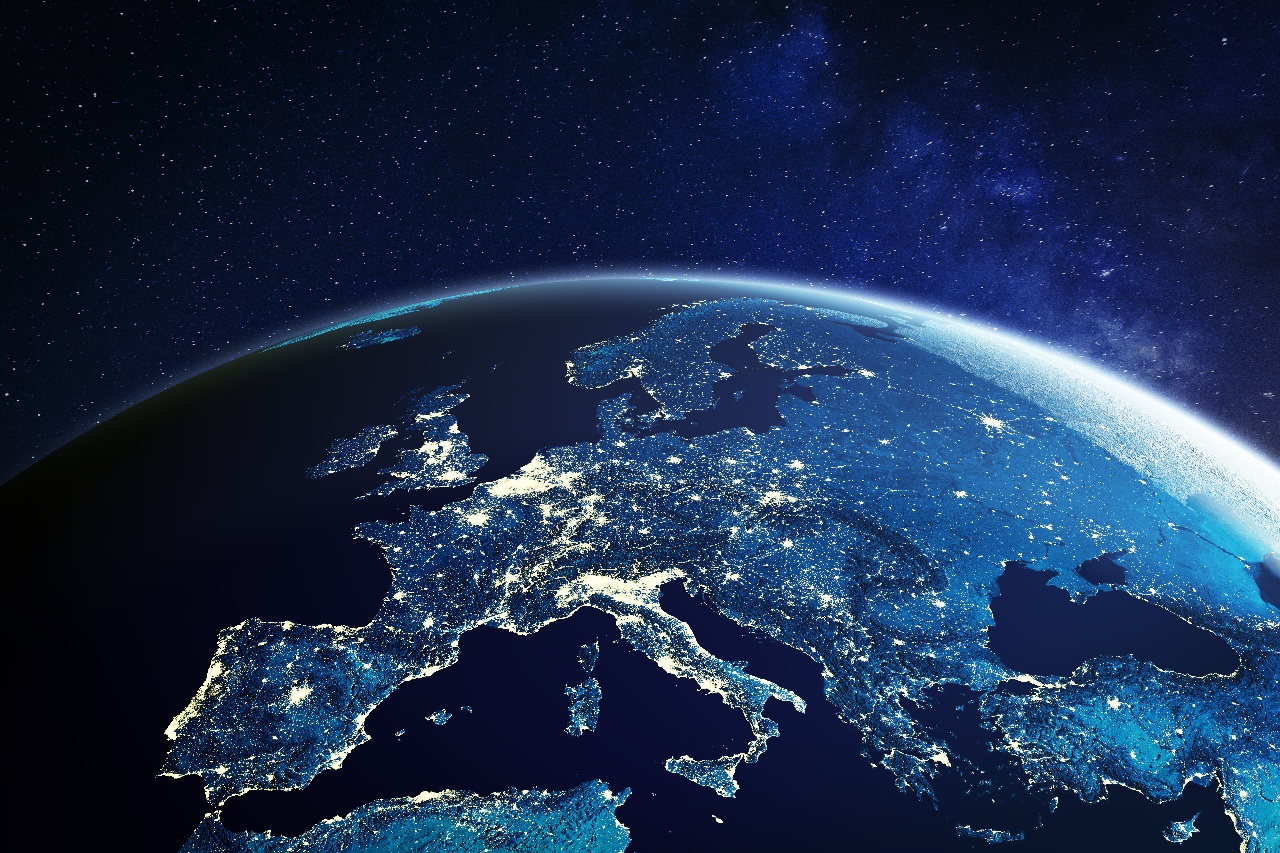 Cutting off Europe? A Look at How the Continent Connects to the World

With the recent damage to the Nord Stream gas pipeline, there's been lots of talk about the potential risk to submarine telecommunications cables in Europe.

Although the average person may think data is primarily traveling via satellites from Europe to the rest of the world, the reality is that the vast majority of intercontinental data is carried on submarine cables laid on the ocean floor.

It’s important to understand that satellite networks do not have the bandwidth to replace what cables provide. (I discussed this issue in a webinar earlier this year.)

Satellites would allow some level of data transmission between Europe and the rest of the world, but would fail dramatically as a complete replacement.

Here’s more bad news: undersea cables are fragile. On average, 2-4 cables break somewhere in the world every week. Given this situation, the submarine cable industry is sharply focused on efforts to mitigate risk to cables. Cables are heavily armored and buried in fault-prone areas.

Submarine cables are also protected by a robust system of response and repair. Dozens of cable ships are standing by to repair damaged cables.

Europe benefits from a large number of cables. Damage to a single cable would have minimal impact on network performance due to the availability of other paths.

Damage to a single cable would have minimal impact on network performance due to the availability of other paths. 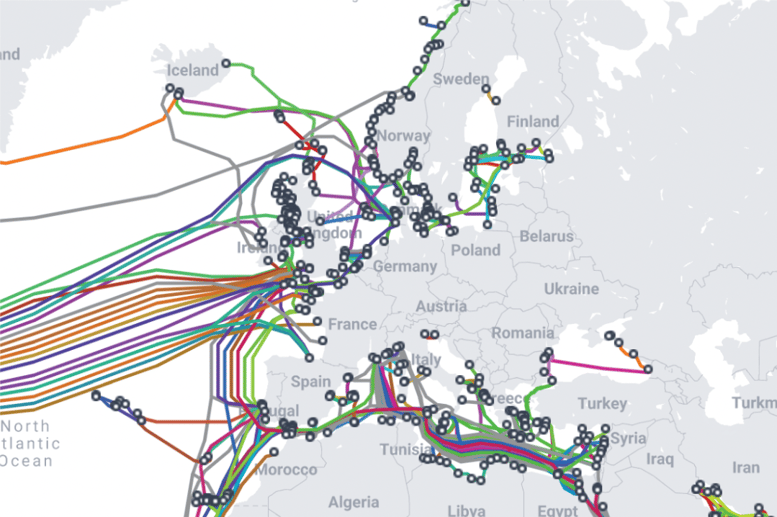 Europe’s submarine cable connectivity between other regions is focused along a few major corridors.

Europe is connected to North America via 17 cables. The majority of trans-Atlantic cables land in the U.K. and France, but Denmark, Norway, Ireland, and Spain also have landings.

Bear in mind that the capacity of the cables varies dramatically. The brand-new Grace Hopper cable, which links the U.K. and Spain to the U.S., has a potential capacity of 352 Tbps. In contrast, the older Yellow cable is capable of only 25 Tbps.

The trans-Atlantic route accounted for 75% of Europe’s total interregional bandwidth in 2021. 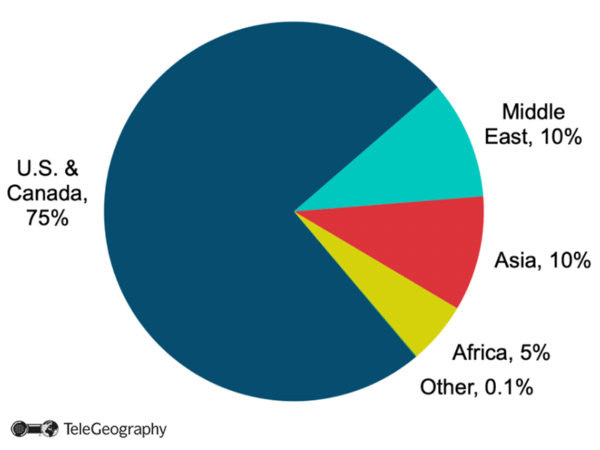 The new Equiano cable will be activated by the end of 2022, followed by the expansive 2Africa cable the following year.

Presently, 13 cable systems link Europe to Egypt and the Middle East. The vast majority of these cables are connected to Egypt. These systems are also responsible for carrying data between Asia and Europe.

Beyond these three major corridors, Europe does have a few other intercontinental options. The EllaLink cable links Portugal to Brazil, and the Caucasus Cable System spans the Black Sea, linking Bulgaria to Georgia with terrestrial connectivity to other countries in the Caucasus region.

What About Land-based Options?

There are, of course, terrestrial networks that link Europe to Asia. These networks feature far less capacity than what is available on subsea cables, but more importantly, they all go via Russia (maybe not a preferred routing these days).

Europe as a Hub

Let’s not discount the role Europe plays as a major network interconnection hub for Africa and the Middle East.

As of year-end 2021, 97% of Africa’s interregional bandwidth was connected to Europe, and for the Middle East, that share was 90%. If Europe were somehow cut off from the rest of the world, connectivity to these regions would also be substantially impaired. 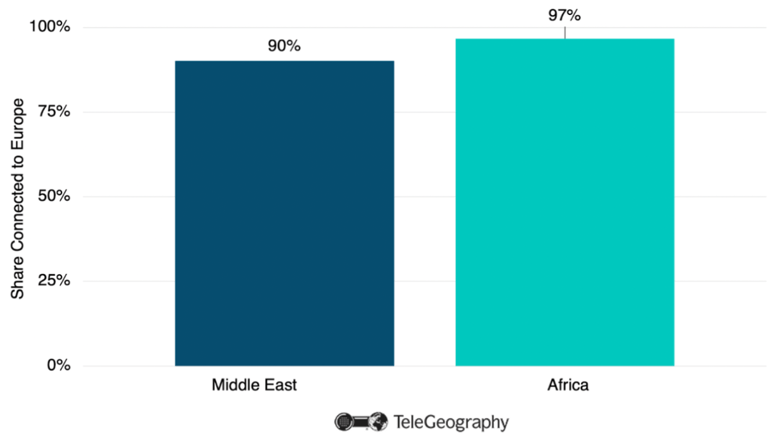 As this overview demonstrates, Europe has an array of diverse connectivity options, with more cables planned in the coming years.

Cutting off Europe from the rest of the world would not be a simple task. For more information on submarine cables and international bandwidth demand, refer to our Global Bandwidth Research Service.