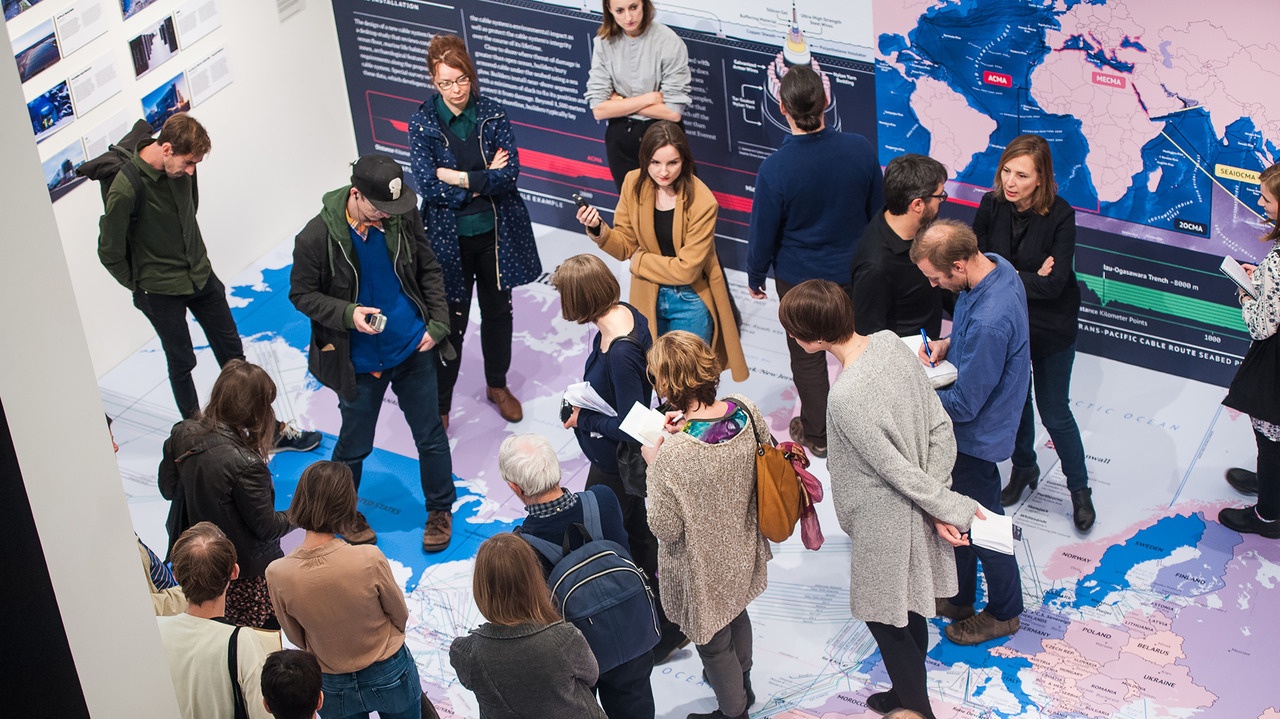 Around the World and Back Again: Tracking TeleGeography Maps in the Wild

Haven’t I seen you around?

Perhaps you’ve thought that while gazing at a TeleGeography map. This might be because our map catalog is rather well traveled. Keep scrolling to learn more about where you might have spotted a TG-designed map over the years. (And get details on how to score a free Global Internet Map at the bottom.) 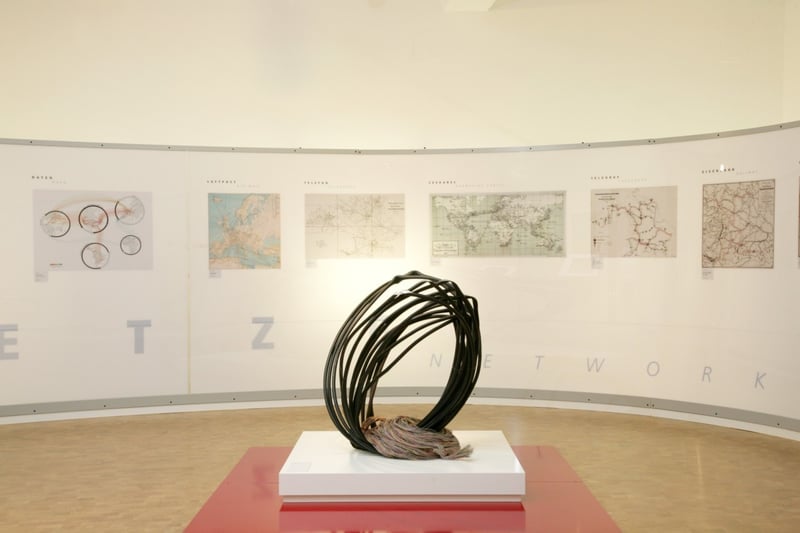 In 2009 our famed Global Internet Map made it to the walls of Museum für Kommunikation Frankfurt—an institution dedicated to all things communication.

The permanent exhibition displays three channels of communication: seeing, hearing, writing, and their integration on the internet. This final step is where our map comes in. The exhibition showcases the evolution of communication networks, beginning with an early stagecoach map and working forward to depictions of the modern internet.

There were no shortage of TeleGeography map sightings in 2016. Our submarine cable map even made it to the Smithsonian Air and Space Museum. We got to play a role in the Planet Earth exhibit, which “explored the ways our home planet came to be seen and experienced as an interconnected world, as a 'Whole Earth,' inhabited by diverse peoples, linked together, with shared and differing aspirations.”

In 2016 we also had the special opportunity to be part of the globe-trotting Big Bang Data Exhibition.

This innovative exhibit showcases a series of data visualization artworks by artists, designers, journalists, and innovators—including our 2014 Submarine Cable Map.

Titled Protectors of the Internet, TeleGeography’s contribution catalogs the fiber-optic cables that traverse the bottom of the ocean floor and the handful of companies that install and maintain the global internet undersea backbone.

You can now catch the 2018 Submarine Cable Map in the Victoria and Albert Museum as part of The Future Starts Here exhibit.

This exhibition curates more than 100 objects that highlight our future. Our visualization of submarine cables connecting the globe live among images of the world’s first carbon-neutral city, “aura-powered” bodysuits, and an autonomous sailing ship that cleans up oil spills.