Are All These New Undersea Cables Really Giving Us Faster Internet? Not Exactly.

How many times have we heard that new undersea cables will bring consumers Internet speeds faster than a speeding bullet? (Like this or this or this.)

It has been reported that new cables promise speeds up to 10 million times faster than traditional home cable modems.

But here’s the kicker: there is no increased speed to be found in these submarine cable systems.

When you dive into faster oceanic cable speeds, what you’re actually talking about is an expanded rate expressed in bits per second.

Imagine Internet data as cars traveling down a multi-lane highway of existing submarine cables. New systems add more lanes, allowing more vehicles to drive at the same time without traffic jams, making for a much smoother, more efficient trip for everyone.

All this data, however, travels at the same speed limit: the speed of light. (Or at least close to it.)

But here's the kicker: there is no increased speed to be found in these submarine cable systems.

So what does it mean when you hear that FASTER is capable of 60 Terabits per second?

Submarine cable systems are made up of strands of fiber optic cables. Each of FASTER’s six fiber pairs can channel 100 wavelengths, creating a massive 600-lane highway for data to travel.

Bitrate is what trips up the general public and some industry insiders. This expanded rate describes how much data can be sent in one second on one of these lanes. The first fiber optic submarine cable systems transmitted a mere .295 Gbps of data per second, compared to FASTER’s 100 Gbps bitrate.

The product of these three numbers describe a submarine cable system’s capacity, which in this case is 6 x 100 x 100 or 60 Tbps.

Staying with our traffic analogy, FASTER’s data is packed on a bus instead of a car, but the bus is traveling within the same speed limit as the car; it’s not going any faster.

Speeding scofflaws aside, the only way to make the trip faster at the same speed is to take a shortcut. But that’s a different cable story. 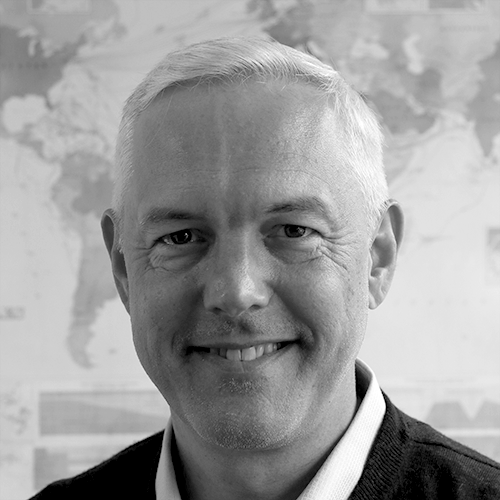 Principal Analyst Erik Kreifeldt tracks the international network services industry, advising global operators on market trends. With more than 20 years of industry experience—including over a decade of research with TeleGeography—he specializes in strategic decisions that require genuine data, analysis, and insight. Before joining TeleGeography, Erik was an optical networking industry analyst, trade reporter, and optical physics science writer. He continues to draw inspiration from the profound-yet-underappreciated work of maintaining infrastructure essential for global commerce—and awe at how it all gets done.