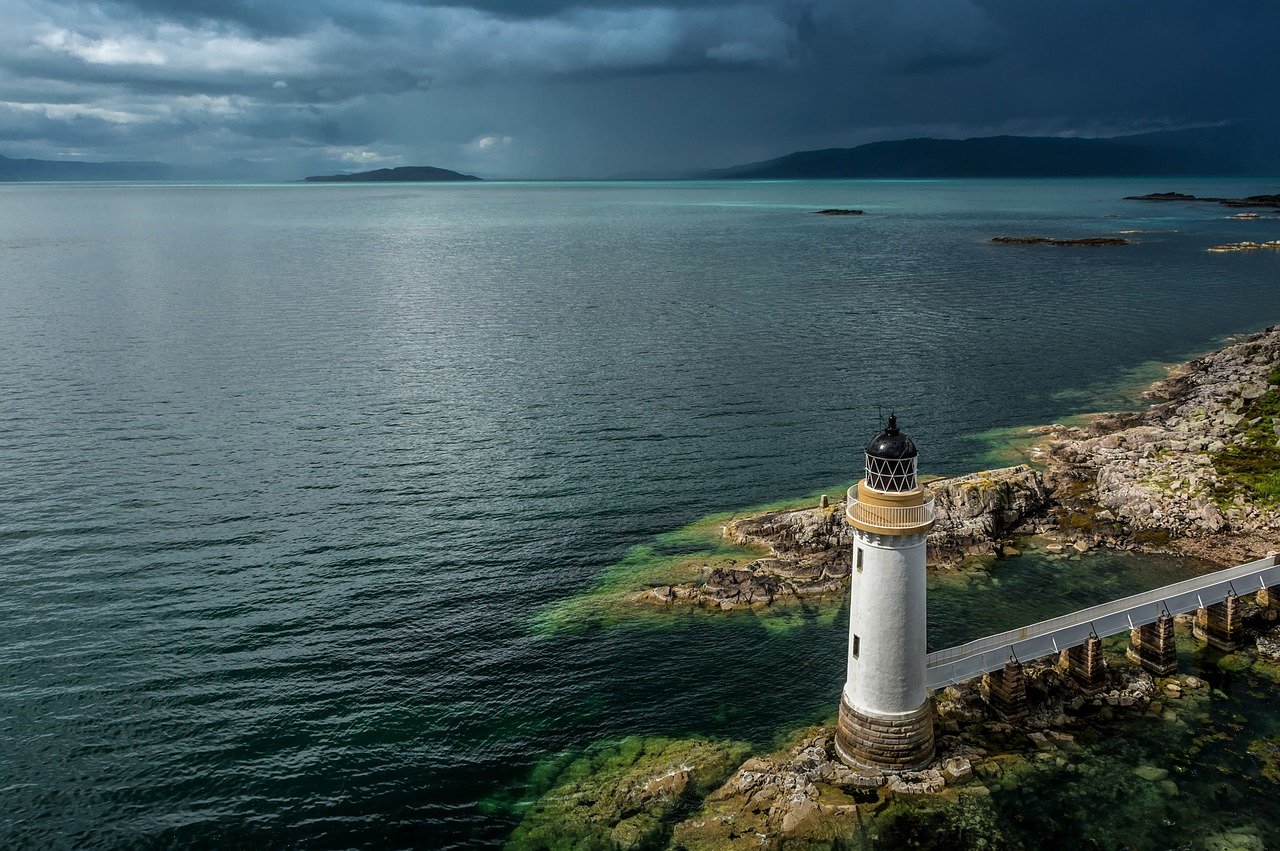 Are New Cables Avoiding Landing in the UK Because of Brexit?

Is it true that new cables are avoiding landing in the UK because of the Brexit vote?

I was curious to see if there was any validity to this myth, so I took a closer look.

Where did this myth come from?

Before 2016’s Brexit’s vote, we had nine trans-Atlantic cables landing in the UK. Since then, we've already seen four cables—some planned, some already in service—that bypass the UK in favor of other European countries.

This understandably sparked conversation about whether or not Brexit had deterred new cables from landing in the UK.

To test this myth, I looked at a series of indicators and studied what has changed in the three years since the original Brexit vote took place: international internet bandwidth, internet exchange traffic, data center space, and non-trans-Atlantic cable investment.

TeleGeography data on international internet bandwidth by country shows us that after the 2016 Brexit vote, France surpassed the UK in bandwidth.

Further, when we look at traffic from the London Internet Exchange, we see that traffic has continued to rise. There’s been no massive falloff since Brexit—a positive sign for the UK overall.

And when it comes to data center space, TeleGeography data indicates that, before Brexit, London was among the cities with the most gross retail colocation space. It sat above Frankfurt, Amsterdam, and Paris. Since Brexit, it’s even been growing at a faster pace, with a compound annual growth rate of about 16%. This signals an increased rate of investment in building out new space for colocation facilities in London.

But thinking about non-trans-Atlantic cable investment, there are a few cables planned to connect to the UK in the coming years.

Notably, the North Sea Connect and CeltixConnect-2 are coming soon. There might not have been any trans-Atlantic cables since Brexit, but this indicates more regional investment in systems.

Why have recent trans-Atlantic cables avoided the UK?

For one, we need more route diversity across the Atlantic. Upcoming cables that are landing in other European countries—like Dunant and MAREA—are landing in places that haven’t seen a cable in a long time, if ever before.

New cable builds have been driven in large part by content providers. A TeleGeography map of current and planned locations of content provider data centers in Europe shows us that facilities are scattered throughout the region. There’s not a concentration in the UK—but this makes sense. There’s a need to connect to places outside of the UK. 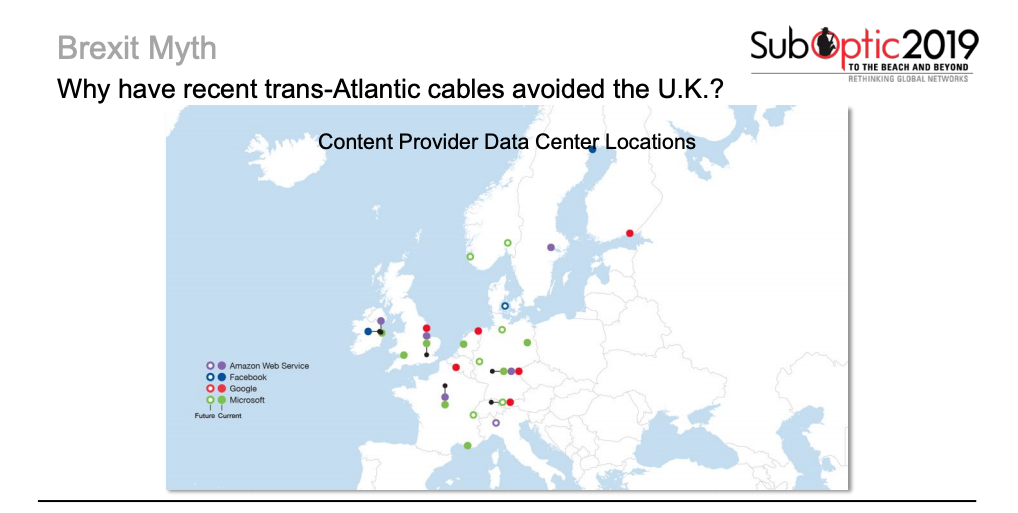 It’s also worth considering the time it takes to plan a submarine cable. It takes a while—years!

Even though the Brexit vote happened in June 2016, lot of the cables we’re talking about were in the works well before then. For example, we can’t blame Brexit for AEConnect-1 and MAREA for not landing in the UK.

And we should all remember that the UK actually did get a new cable recently. The GTT Express cable entered service just before the Brexit vote in September 2015.

Taking this all into account, what do I think? So far, I don’t see any evidence to suggest that Brexit has played a role in the UK cable market. We’ll consider this myth busted.