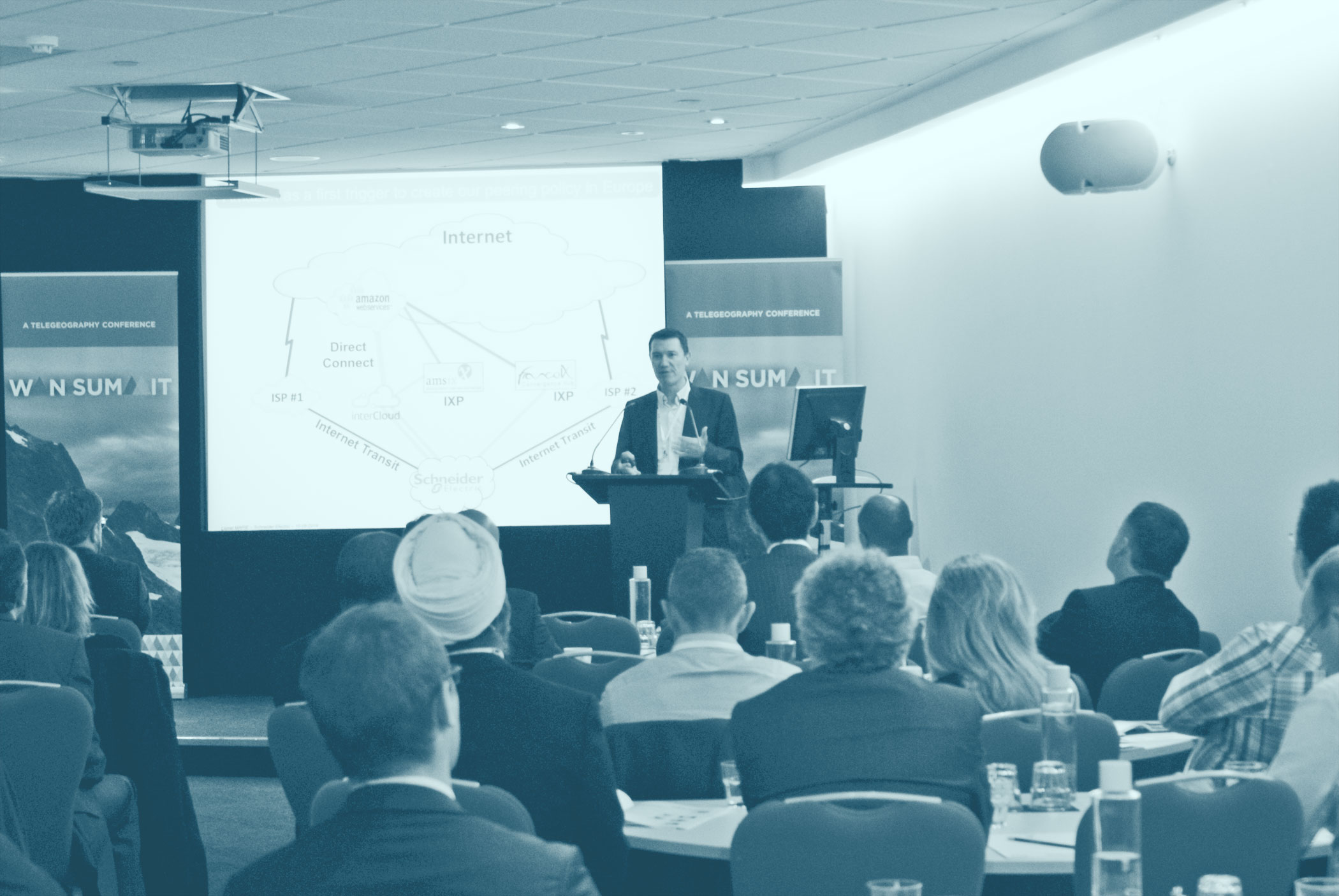 Connecting Schneider Electric to the Cloud

In his case study, Lionel explains:

Five years ago, Schneider Electric’s network of 1,000+ remote sites, 4 global data centers, plus additional data rooms, were well served by its global MPLS network.  With end-to-end WAN acceleration and full NPM network visibility, Lionel was very happy with the network and confident he had everything under control.

And then came Cloud…

However, major transformation was just around the corner.  Around four years ago, the business began to move some of its workload to the cloud. This started with non-business applications; personal use of Facebook, etc.  But when the migration cloudwards started to encompass business systems it required a complete rethink.

Of course, the cloud offered significant benefits in terms of business agility – Lionel gives the example of adding a server to the network; whereas previously it could have taken a month, with AWS he can now add 100 servers in just a minute if he wants to.

Benefits like this makes cloud attractive, but Lionel was all too aware that moving workload to the cloud can bring problems.

The default route to the cloud was through their existing ISPs and Lionel was confronted with a scenario where he suddenly had no idea of latency, no idea of the network paths, and no bandwidth reservation – which left him unable to guarantee the quality of service for his business users. 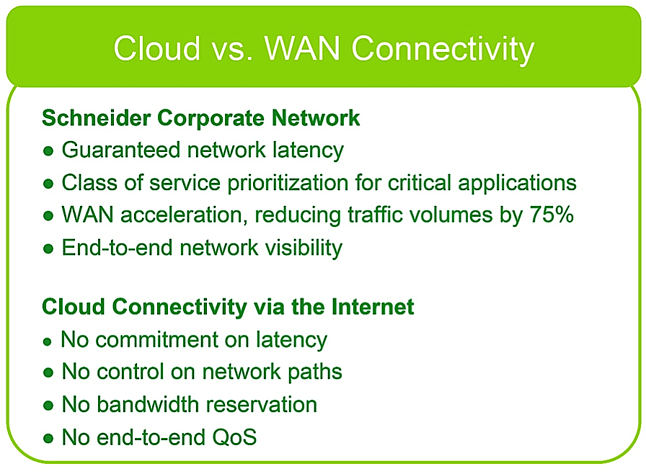 Personal internet traffic was also increasing and this centralised internet access was consuming MPLS bandwidth – a concern when the internet was being used to access business-critical applications such as SalesForce, Office 365, Webex, etc…

How did Schneider solve the problem?

Lionel took the decision to connect with local IXPs to direct traffic to the virtual private clouds the business was using – whether SaaS like SalesForce or IaaS such as AWS.  Using peering allowed Lionel to move closer to an MPLS-like connectivity with his cloud data and applications. 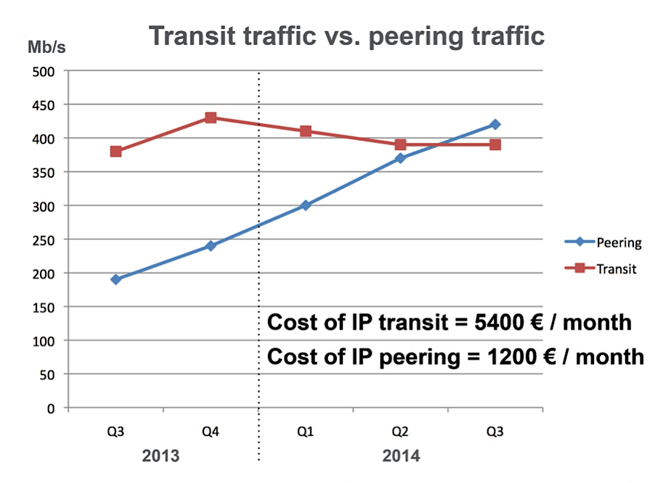 Achieving an acceptable quality of service

Schneider has service level agreements with its peering providers on secured network latency and dedicated bandwidth. By working with its peering partners, it has been able to engineer the network to allow for end-to-end WAN optimization and full network visibility.  The original aim of adding the NPM devices to the network was to be able to ensure a quality of service for business users, but it has also improved security.

Tour the Data Behind Our Latest Global Internet Map