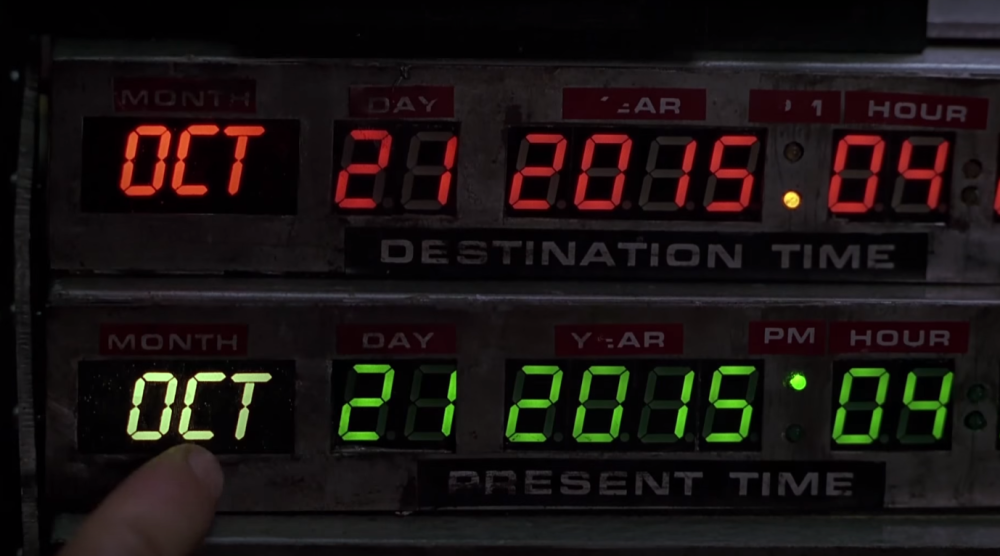 Where We're Going, We Don't Need Roads: Going Back to the Future With Submarine Cables

What would Doc Brown do? This might be a weird question to ponder at a TeleGeography telecom workshop. But here we are.

Starting in the distant olden times of 2006, Alan came armed with TeleGeography's data on the primary consumers of international bandwidth by type. Thirteen years ago internet backbone providers were a clear leader, with an established share of used capacity, clocking in at over 80 percent. 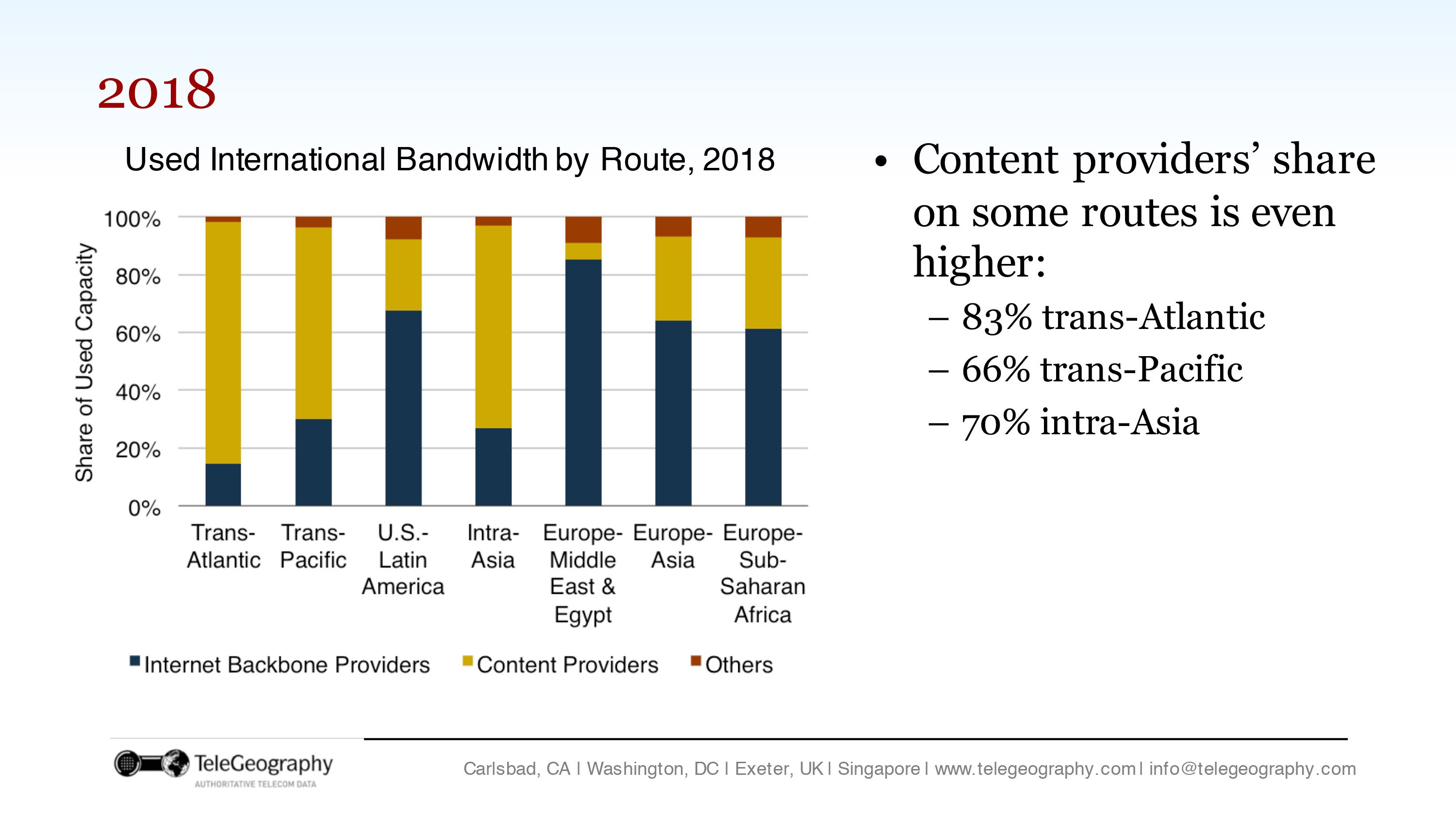 How will this change going forward?

Alan brought TeleGeography projections for what things could look like eight years from now, in 2027.

If things continue as they have been, it wouldn't be unlikely to see content providers taking up 83 percent of used international bandwidth globally. (This is actually what it is in the Trans-Atlantic market now.)

Where companies choose to put their data centers will have a big role in the degree to which content providers are dominant on a route.

So could there be another map forward? Or could new consumers who we haven't met yet tilt the forecast? Or perhaps new companies with massive bandwidth needs?

Of course. As Doc Brown says, "You're future hasn't been written yet...you're future is what you make of it."

This is just the beginning. Alan covered so much more.