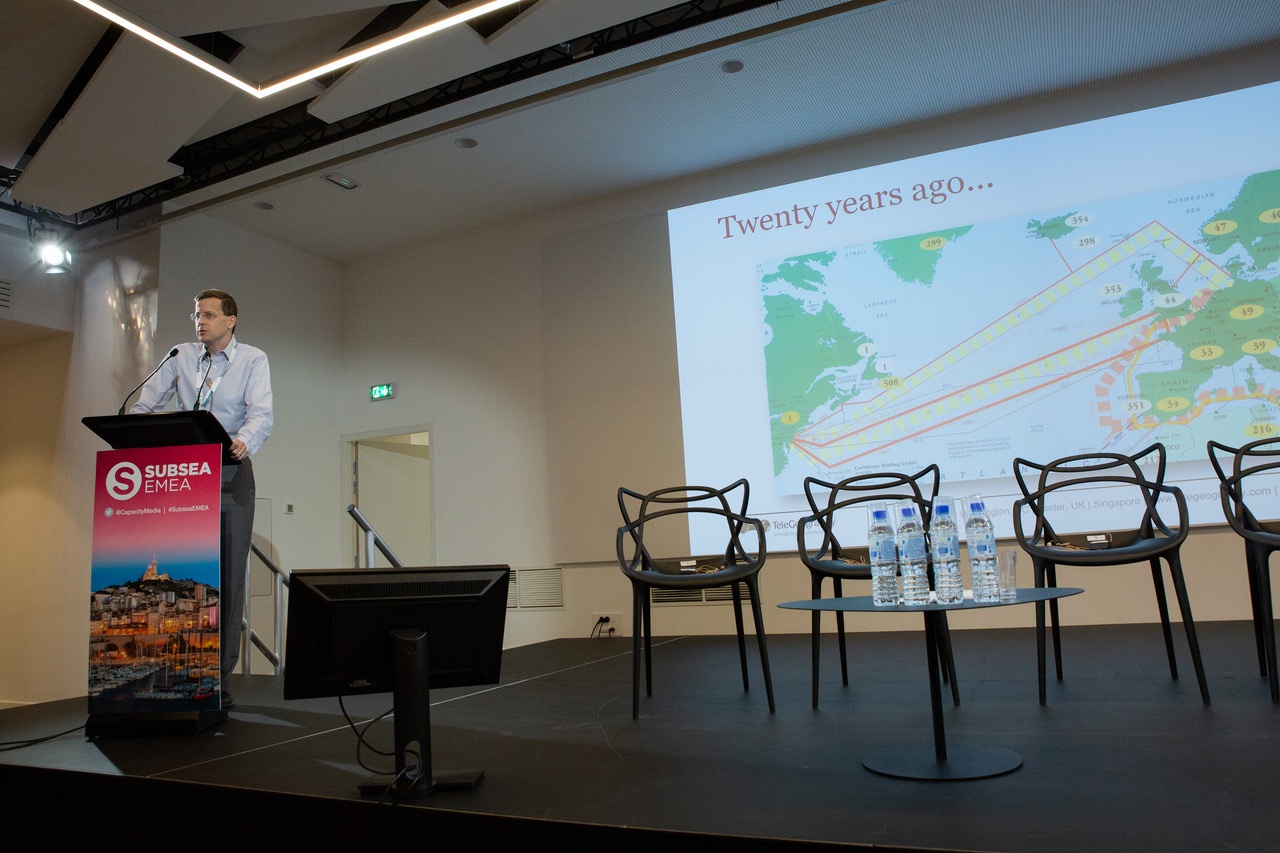 Happy Anniversary to the AC-1: A Twenty Year Retrospective at Subsea EMEA

Way back in 1998, a press release went out from Global Crossing about the first segment of their transatlantic fiber-optic cable.

"Global Crossing announced today that it has begun transmitting voice and data communication through Atlantic Crossing (AC-1)," read the release, touting the cable's state-of-the-art system. This segment will double the total capacity in service across the Atlantic Ocean! Full city-to-city connectivity! A link between Europe and the U.S.!

Did you catch what's so interesting about that language?

In 1998 it made sense to list voice communication before data.

How times have changed.

Earlier this month TeleGeography's Tim Stronge hit the stage at Subsea EMEA to talk about what has happened since AC-1 came online, including changes in the way we measure capacity (Trans-Atlantic capacity didn't hit the terabit level until 2006!), capacity usage across the globe, and price fluctuations.

As you can see from the Global Crossing press release, much has changed in the last two decades. But some things have remained consistent.

As Tim points out, capacity usage shows us that Africa and the Middle East are as dependent as ever on Europe, a trend that has stood the test of time. 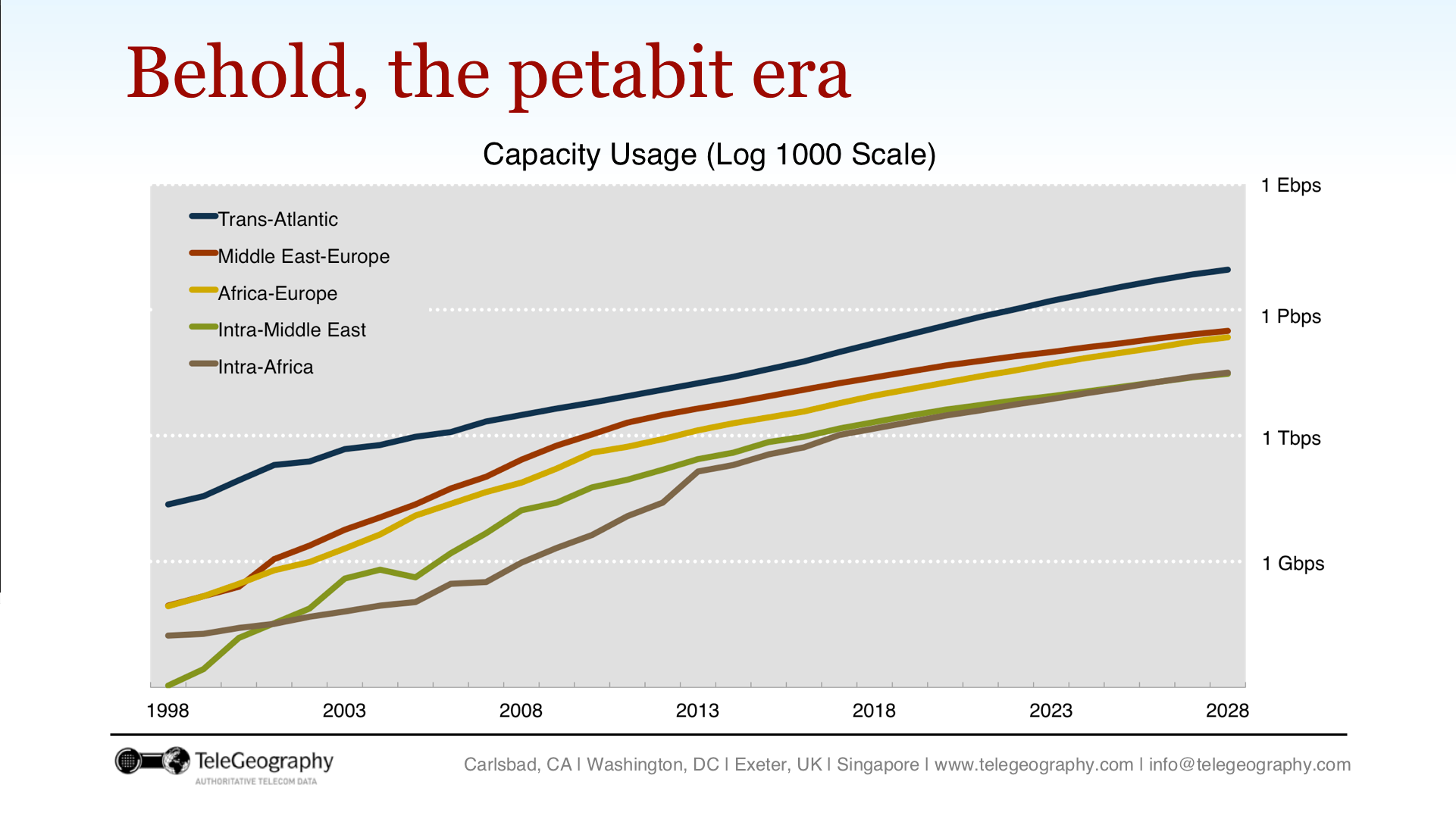 To peruse more from the presentation, download Tim's slides here.