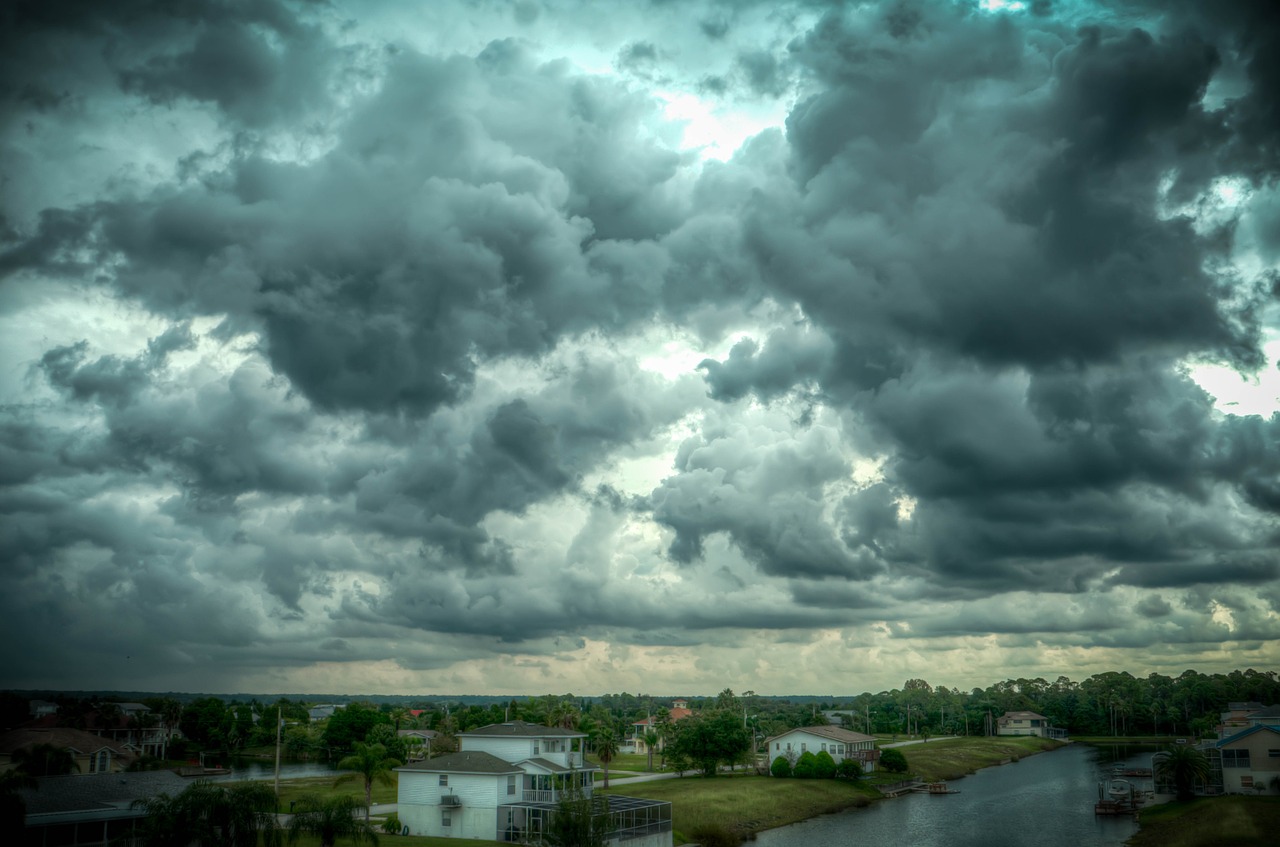 Cloud Data Centers Are Rolling Out at Record Speeds, Heading into New Regions

More workplaces worldwide are moving to the cloud. And that means that cloud data centers are making their debut in new regions.

When it comes to workplaces with business-critical applications in the cloud,  cloud services can't be left susceptible to the performance of the public internet. For these enterprises, CSPs and their carrier and colocation partners offer dedicated links to CSP networks.

These links effectively extend an enterprise’s network into the cloud provider’s network, bypassing the public internet.

A Shortcut to the Cloud
Global Cloud On-Ramp Locations, 2019 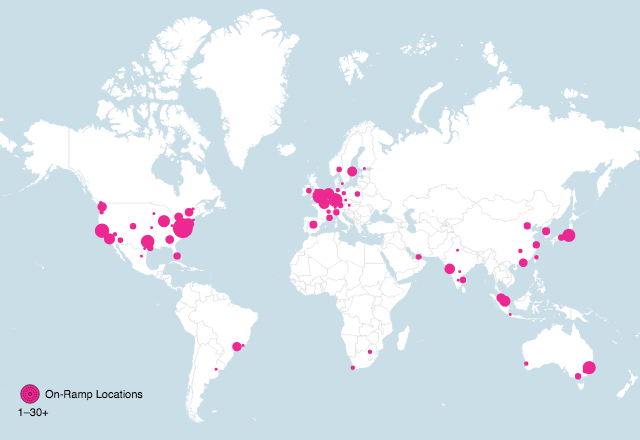 While enterprises can set up a link directly with the cloud provider, more frequently a third-party—such as a carrier, colocation provider, or connectivity specialist—is used. Selection of a provider often depends on the location of the enterprise WAN in relation to the cloud providers’ zones or data centers.

If a company has routers located within the same colocation facility as the cloud provider, it can often work directly with the cloud service provider to facilitate the direct connection between the networks.

The Asia & Pacific region is home to 118 availability zones (cloud data centers). The United States and Canada are close behind with 94. Together these regions account for 72% of the world’s cloud data centers, with Europe housing 25%, and Latin America just 3%.

Asia is a Leader in Cloud Data Centers
Cloud Provider Zones by Region, 2019 But 2018 saw continued growth, with major cloud providers constructing and bringing online lots of new data centers. Google remained one of the most prolific builders, sharing the spotlight with Alibaba. Both companies added three new regions with Alibaba adding 12 new zones and Google 11. 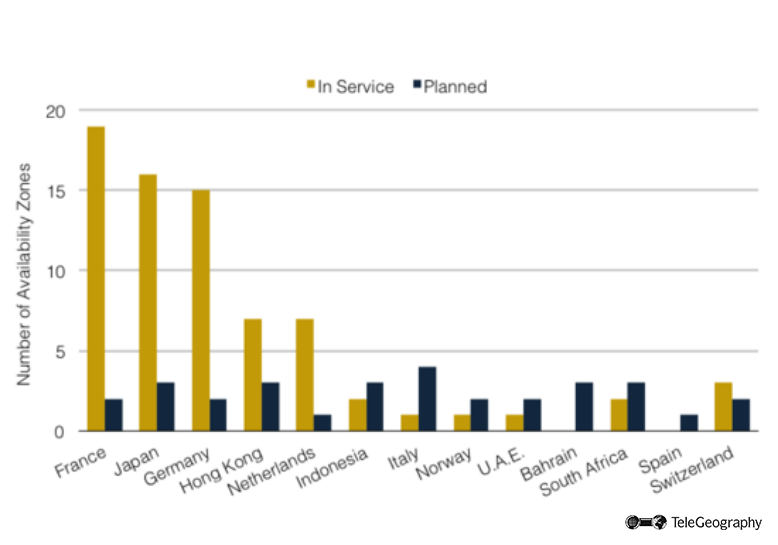 Notes: Data represent only IaaS providers and does not include software as a service SaaS providers. Data only include the data center information from AWS, Google Cloud, Microsoft Azure, and OVH. Zones are defined as discrete data centers or data center sites. Azure regions are equivalent to AWS’ and Google’s availability zones in this figure.

Asia will add 14, half spread across Hong Kong, Japan, and Indonesia. The other half will be in the Middle East—specifically Bahrain and the U.A.E.

The U.S. will only add two zones in 2019. There are none planned for Latin America.

South Africa and Switzerland have the most planned zones for 2019-2020 with five apiece.