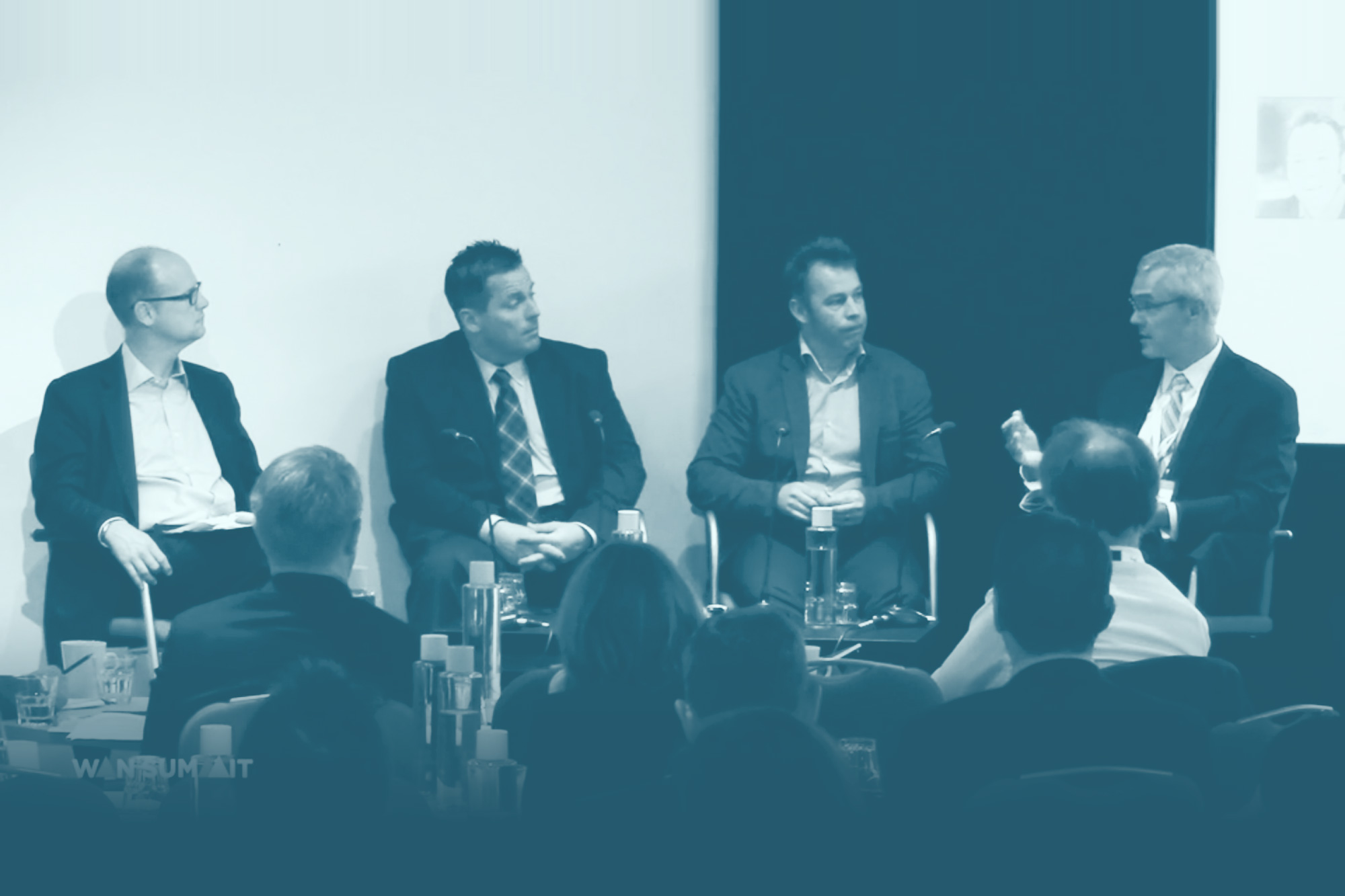 Exploring the Potential of SDN and NFV

In this first part of a three-part series, we explore one of the hottest topic from WAN Summit London 2016: SDN and NFV. In the panel The Promise and the Reality of SDN and NFV, Erik Kreifeldt from TeleGeography, moderates a discussion of the promise and reality of these technologies from the perspective of enterprises as well as carriers.

The speakers on the panel were:

Chairing the panel was Erik Kreifeldt from TeleGeography.

Kicking Off the Debate

The panel agreed that SDN held a lot of promise for enterprise users, particularly in terms of agility. However, they also posited that for carriers there are lot of costs involved before they can deliver the potential agility. The panel agreed that this is largely because the carriers must still extract lifetime value from their legacy infrastructure and because the technology requires new skill sets.

The Link With Cloud

The new skill sets required by SDN–just like those required by cloud–are drawing network and infrastructure specialists together. There is now a lot more cross-pollination between the two disciplines than there has been historically. Tom Homer noted that many Telstra customers are interested in NFV because they are looking for ways to virtualise their router and firewall because they are already using AWS and Azure. Ray Watson felt that many of the drivers of SDN are the same as the original drivers towards the cloud: the promise of greater agility, flexibility and the potential for efficiencies.

Use Cases Will Drive Growth

Although many people start investigating SDN in order to explore what cost savings it might deliver, the panel agreed that it is the use cases that will really drive growth.

The panel drew out several significant use cases, including:

Ray drew a comparison with WAN acceleration tools, arguing that WAN acceleration tools “took about seven years to get into production systems the way they are now, but when we get to the next big idea like that it could take just a month to get it rolled out – and that’s the real potential; there’s a lot of use cases we haven’t even thought of yet…”

The Carriers’ Point of View

The panel acknowledged that giving clients flexibility in provisioning does present some major challenges for service providers. Malcolm posed the question: “How do we as carriers sell on that spare capacity to customers who want a burst but don’t care when they have it?”

Ray argued that carriers had to ensure that they allowed for every customer to max out every port instantly in their network planning, noting that he’d experienced exactly that situation following the storm in the North-East USA and after the Tsunami in Japan.

There was consensus that although one can’t get around the physicality of networking, the promise of SDN and NFV is to make it much easier to provisioning and network services in a flexible manner.

The panel all agreed that NFV is already here. They also agreed that a number of WAN applications were well-suited to virtualization, including:

Although NFV has been available for around four years and is now making serious headway, the panel acknowledged SDN has much further to go. We are only now seeing the first SDN solutions coming to market.

Ray said the most tantalizing promises were those of burstability and self-determination: “The network needs to get intelligent enough to monitor itself and it’s that last mile that presents the biggest challenge.”

Click here to go to part two in this series.