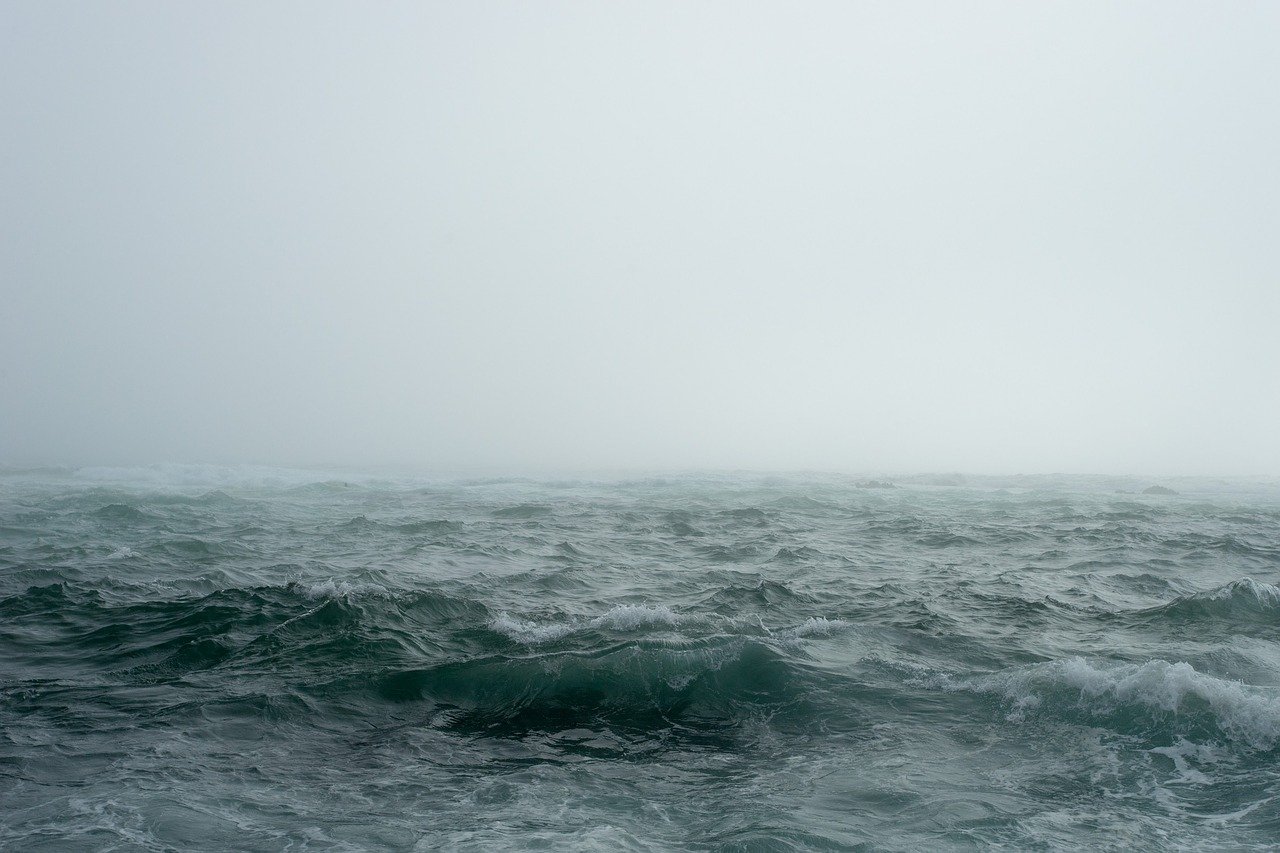 Is Your Planned Submarine Cable Doomed?

Anyone who follows the submarine cable sector knows that a lot of cables have been built in recent years—and investments in new cables keep coming.

I gave a presentation at Submarine Networks World 2019 in Singapore titled "Is Your Planned Submarine Cable Doomed?" My goal was not to identify particular planned cables that I think are doomed to fail, but rather to highlight some of the key flaws we often see when assessing cable operator business plans on behalf of investors.

To be certain, there are dozens of things that can derail a new submarine cable—lack of financing, permitting and regulatory issues, or an inexperienced management team—but I focused just on a few major areas.

The demand for bandwidth continues to soar at a rapid clip. That should be good news for anyone who wants to build a cable, right?

The bad news is that the largest users of international bandwidth are also the ones who are most heavily investing in cables. These include content providers such as Google, Facebook, Amazon, and Microsoft, but also carriers like Telxius, China Telecom, and Telstra.

These companies are likely not going to be interested in buying capacity in the wholesale market, as they already own capacity on many cables. And even if they only invest in a cable or two, they can often swap capacity with owners on other cables to achieve sufficient route diversity. Swaps are rarely disclosed publicly, making it challenging to understand the market size.

The key takeaway here is that a large swath of demand is completely unaddressable to a wholesale operator. 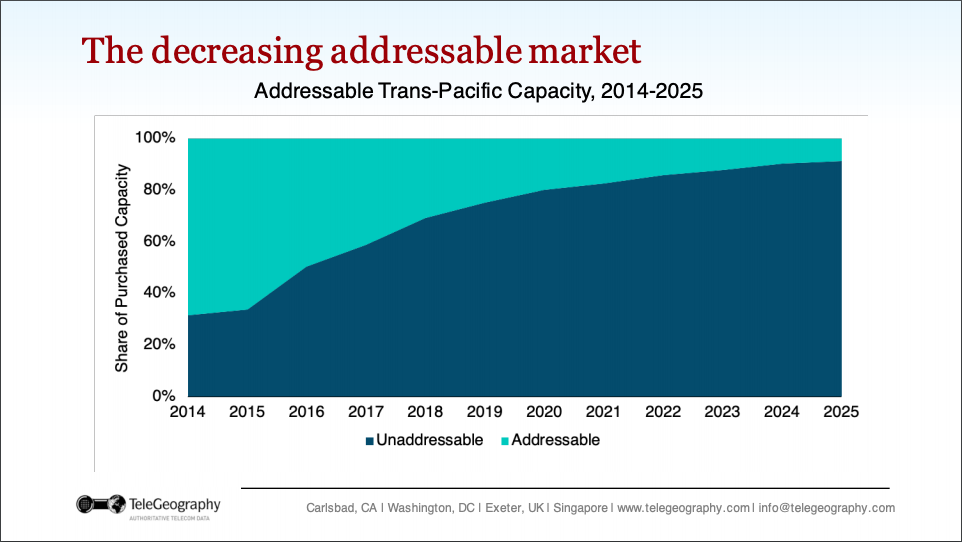 A common refrain of many prospective cable owners is how their cable is going to transform City X into a major hub for the region/world.

Guess what? Not every place gets to be a hub.

Major telecom hubs tend to have these traits:

Building one new cable will not single-handedly create a new hub.

The corollary to the "not-every-city-gets-to-be-a-hub" maxim, is that not every span of ocean needs a cable across it. If your planned cable is connecting locations along a novel geographic route with little evidence of existing demand between these locations, you may want to ask yourself a few things:

Just as the leaves predictably fall every autumn, so do capacity prices drop each year.

Understanding that your cable is going to face stiff challenges with price erosion is vital.

Looking at TeleGeography's price forecast performance for 100 Gbps wavelength leases from the end of 2015 to the end of 2018, we did pretty well. But even we were slightly too conservative for these routes. 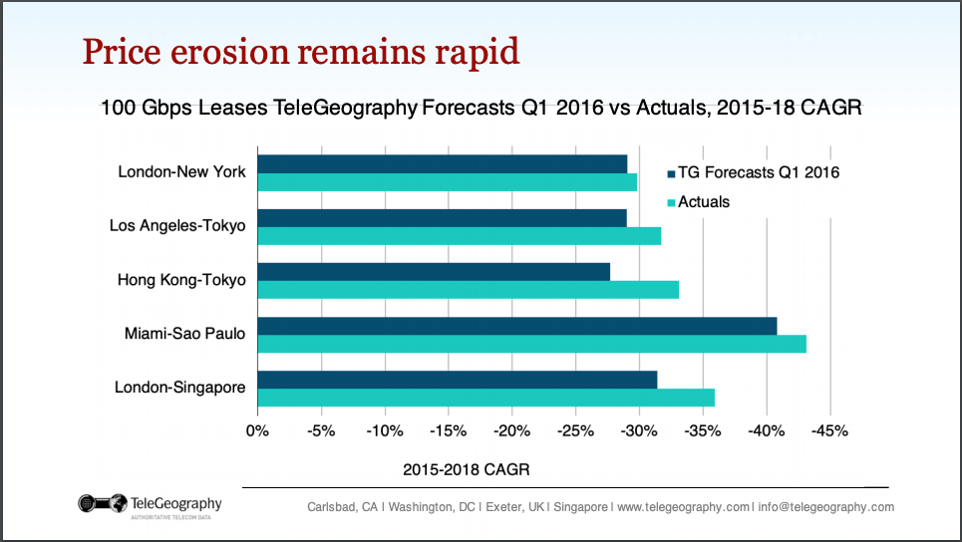 New cable operators often cite their cable's diverse routing or lower latency as a reason they can charge a premium and avoid destructive price erosion trends. We haven't observed much evidence of premiums—maybe just 10-15% over the market price on some routes.

Regardless, no cable will be immune from future price pressure no matter how diverse or favorable the latency.