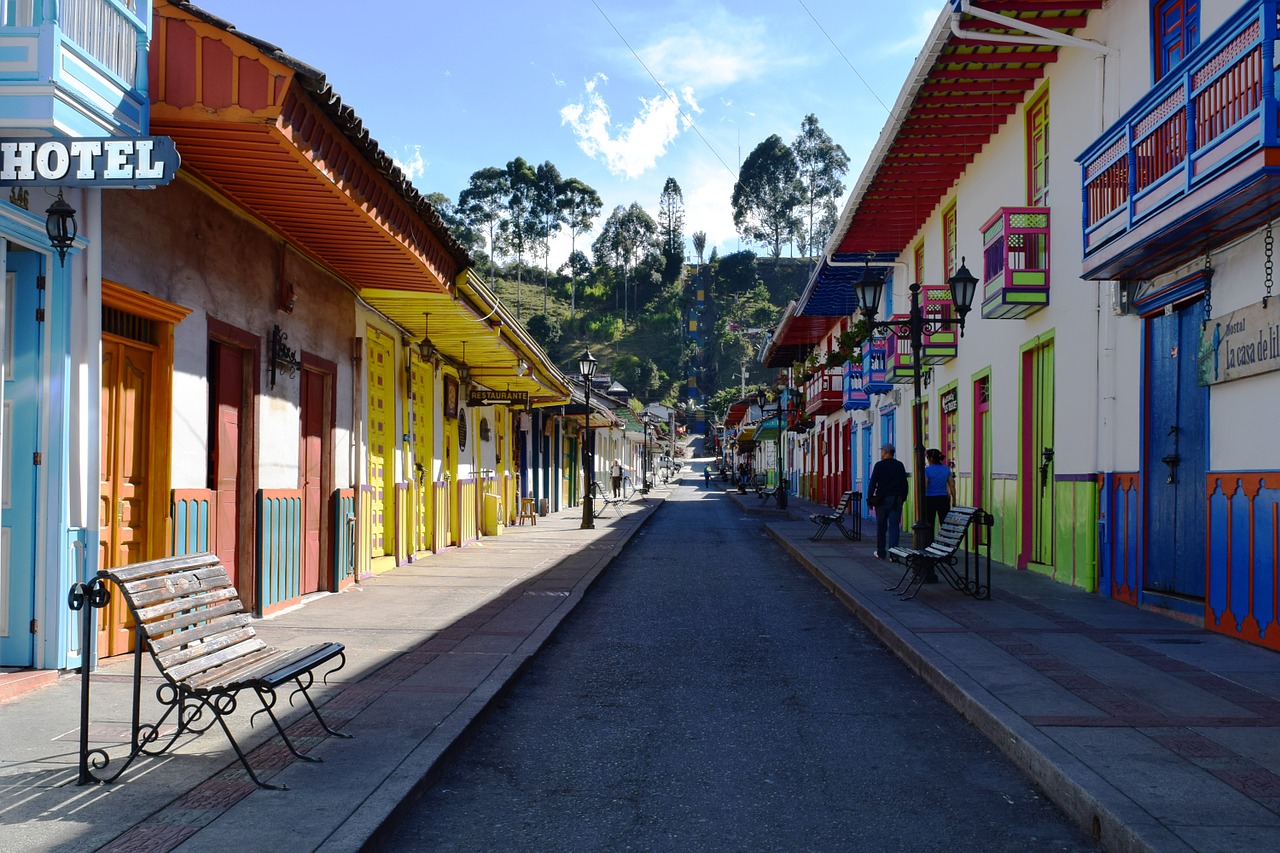 The wireless services sector in Latin America and the Caribbean has stagnated in recent years. 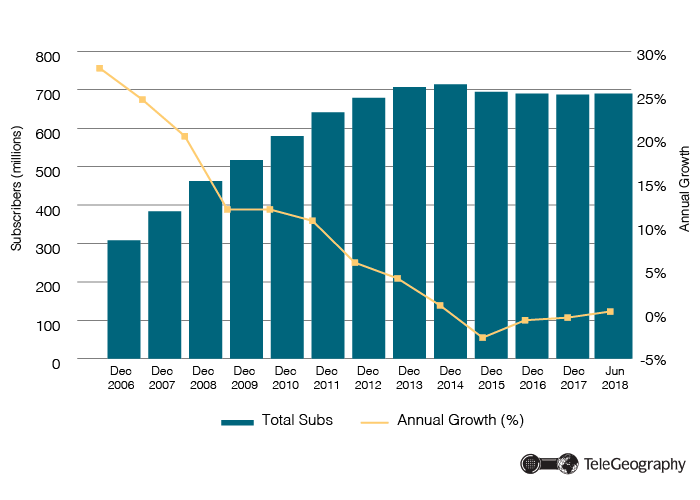 TeleGeography’s GlobalComms Forecast Service does, however, see growth taking off once again. Subscribers are set to hit 749 million by 2024; the continued spread of 4G mobile data services is helping to spur customer take-up.

Per capita penetration of cellular services stood at 108 percent at mid-2018, having fallen from more than 115 percent in 2014. Some markets in the region have significantly higher figures, however. This includes several Caribbean islands, as well as Uruguay and Argentina.

By contrast, Cuba had a wireless penetration rate of just 42 percent by June 2018, with Haiti, Venezuela, and the Dominican Republic among the other countries that negatively impact the regional average.

TeleGeography expects the penetration rate to remain at around 110 percent over the next few years, with the rise in user numbers balanced by the expected growth in population.

TeleGeography expects the penetration rate to remain at around 110 percent over the next few years, with the rise in user numbers balanced by the expected growth in population.

There are a number of international telco groups that have a strong presence in Latin America, including America Movil, Telefonica of Spain, Millicom International Cellular (MIC), which operates as Tigo, and Jamaica-based Digicel Group.

Mexico-based group America Movil is not only the dominant telco in its home market, it also boasts cellular operations in 16 other countries across Central and South America. It had a combined user base of 233.3 million at the end of September 2018, which is equivalent to around one-third of all wireless customers in the region.

The group’s largest single operation is in Mexico, where it serves over 74 million customers and controls 64 percent of the wireless user total. Unlike its other regional business units, which trade under the Claro brand, the domestic division uses the name Telcel.

Telcel has long attributed the size of its customer base to the strength of its well-established pre-paid option Amigo.

Following the economic crisis of the mid-1990s, Telcel ramped up the marketing and availability of budget, pre-paid services at a time when rivals were pushing higher cost packages. As a result, Telcel reported rapid take-up of new users, and today around 83 percent of its subscriber base remains connected via a pre-paid tariff.

Brazil is another of America Movil’s larger markets, with 53.3 million Claro subscribers as of Q3 2018. It sits in third place in terms of user totals, just behind Telecom Italia’s local operation, TIM Brasil, but around 10 percentage points adrift of market leader, Telefonica-backed Vivo.

Telefonica is active in 14 countries across South America, with a total of 186.8 million cellular customers in the region as of September 2018. It uses the Movistar name for most of its wireless businesses, although its largest operation by some distance–in Brazil–still employs the Vivo brand that has been in use since 2002.

Vivo controls around one-third of the Brazilian cellular sector, with 74.4 million subscribers as of end-September 2018.

It emerged in September 2018 that the Spanish group is considering downsizing its operations with the sale of its units in Mexico and Central America. AT&T, MIC, Liberty Latin America, and Chilean telco Entel have all been named as interested parties.

Should a sale go ahead, it would leave Telefonica with eight subsidiaries in South America.

Telefonica Mexico is likely to be valued at between $1.3 billion and $2.1 billion, while the telco’s combined Central American units are valued at around $865 million.

Luxembourg-based MIC has Tigo-branded wireless operations in Colombia, Guatemala, Honduras, Bolivia, Paraguay, and El Salvador. It had 35.4 million cellular subscribers across the region as of September 2018. It’s also eyeing a move into the mobile market in Panama, having entered the country’s telecom sector in October 2018 through the $1 billion acquisition of a controlling stake in fixed broadband and pay-TV provider Cable Onda.

One group that has operations across the Caribbean and Central America is Irish-owned, Jamaica based firm Digicel. It served an estimated 12.5 million mobile users in 24 countries at Q3 2018, with its largest territories in terms of subscribers being Haiti, Jamaica, El Salvador, and Trinidad & Tobago.