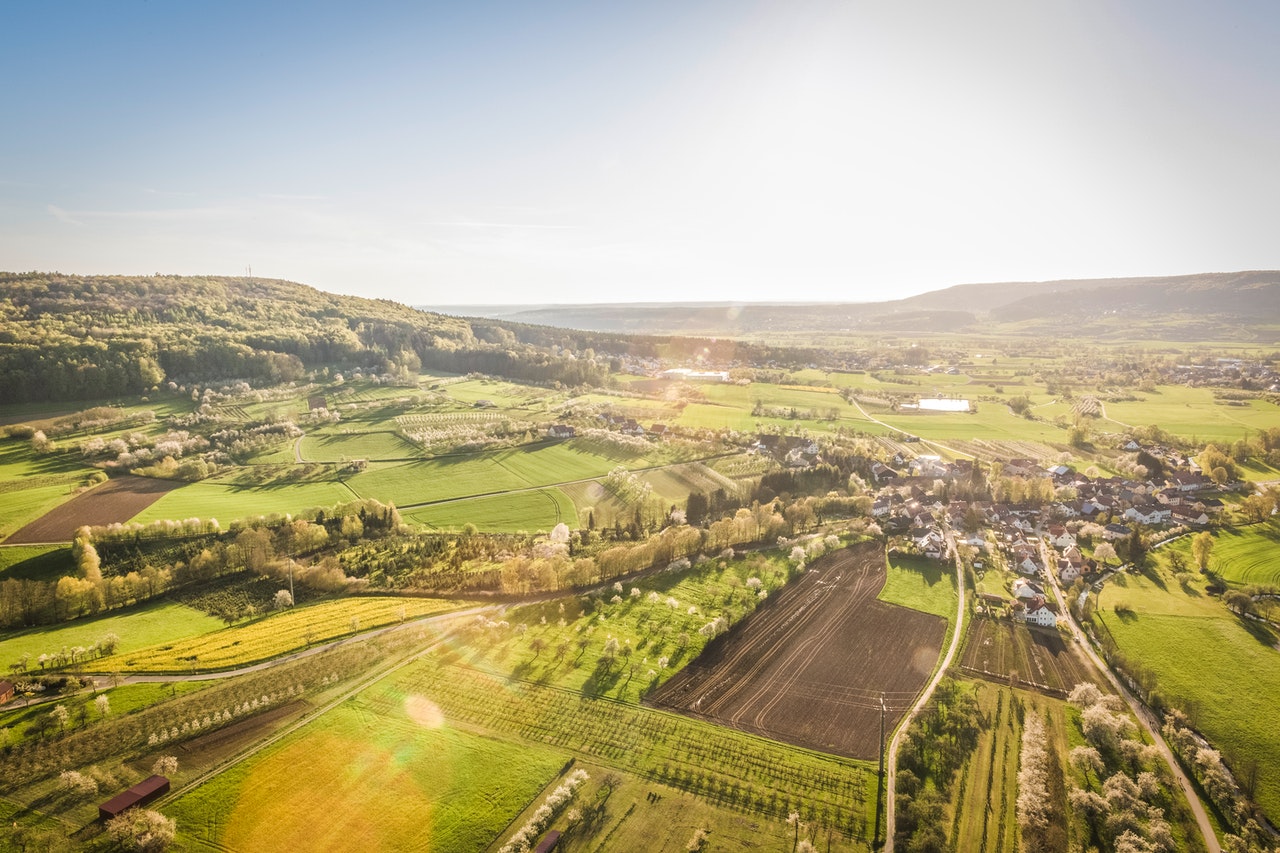 Welcome to Part 2 of our analysis of the regional cellular scene in the United States!

In this installment, we scrutinize some of the most interesting cellcos operating in far-flung corners of rural America.

If you missed Part 1 of our deep dive, you can catch up here.

In 1953, the Pioneer Telephone Cooperative was launched to serve the small towns and rural counties of western Oklahoma left behind by Southwestern Bell Telephone and General Telephone due to high costs.

The company now boasts a “vast geographic footprint” across the state.
Mobile unit Pioneer Cellular launched a CDMA2000 1x network in September 2003, before upgrading to the 1xEV-DO Rev. A standard in February 2008.

Pioneer Cellular was one of the first regional carriers to join the Verizon Wireless-led “LTE in Rural America program” back in December 2010—and the first participant in the program to go live.

Pioneer Cellular was one of the first regional carriers to join the Verizon Wireless-led “LTE in Rural America program” back in December 2010—and the first participant in the program to go live. In April 2012, Pioneer inaugurated its LTE network in selected parts of six counties in central and western Oklahoma. Upon completion, the network covered more than 260,000 people in 21 counties across nearly 17,000 miles of central, western, and southern Oklahoma.

More recently, Pioneer successfully bid $20.1 million for four 5G-suitable licenses in the 3.7GHz C-band during the Federal Communications Commission’s (FCC’s) Auction 107 process, suggesting that the introduction of 5G technology may be in the cards.

A gradual replacement of the iDEN network—which provided voice and data services across a 127,000-square-mile coverage area including Georgia, Alabama, Southeast Mississippi, and Northwest Florida—started in earnest in 2015.

The LTE network became operational in mid-2016 in Birmingham, Atlanta, and Tuscaloosa. The iDEN network was later decommissioned in March 2019, after which the remainder of the 850MHz spectrum was refarmed for LTE use.

Based in North Dakota, Standing Rock Telecom is said to be the first tribe-owned mobile operator in the U.S.

Based in North Dakota, Standing Rock Telecom is said to be the first tribe-owned mobile operator in the U.S.

It launched in April 2010 to serve the Standing Rock Reservation—the sixth-largest Native American reservation in land area in the U.S.—situated on the border between North and South Dakota.

STRATA Networks was founded in 1948, when a handful of residents who lived in remote portions of the Uinta Basin undertook an effort to bring phone service to their homes.

The telephone company at the time refused to provide service to these areas due to low population density, coupled with rough terrain and the high cost to build infrastructure.

Today, STRATA boasts “more cell sites basin-wide than any other carrier,” and has also extended its coverage into parts of Wyoming and Colorado, serving more than 60,000 customers.

In August 2021, STRATA announced plans to decommission its 3G CDMA network on December 31, 2022, to accommodate next-generation technologies, including 5G.

Encouragingly, 80% of subscribers already have VoLTE-compatible devices and LTE coverage is available to 75% of Uintah and Duchesne counties.

The telco also presides over an expansive fiber-to-the-home footprint, which reached the 10,000 home milestone in July 2021.

Originally a CDMA operator, Thumb Cellular replaced its CDMA2000 1X and EV-DO networks with LTE through its participation in Verizon’s “LTE in Rural America” program. The 4G network went live in January 2013, using equipment from Ericsson.

In recent years, Thumb Cellular parent Agri-Valley has moved to secure 5G-suitable spectrum in multiple 5G auctions. The company paid $4.2 million for a pair of 3.7GHz concessions in Auction 107 and went on to bid $8 million for seven 3.45GHz licenses in Auction 110.

Union Wireless has its roots in Union Telephone Company, which was founded by John D. Woody in Mountain View, Wyoming in 1914.

The company website picks up the story. In 1945, after serving during World War II, John Woody’s son, Howard returned home and began working for his parents.

In 1948, Howard determined that Union Telephone could not support his parents and his new wife and family and offered to sell the company to AT&T for one dollar.

In 1948, Howard determined that Union Telephone could not support his parents and his new wife and family and offered to sell the company to AT&T for one dollar.

However, due to the high cost of integrating Union into the AT&T system, AT&T executives decided not to purchase the company. Howard was then determined to make the company profitable and secured a loan from the Rural Electrification Administration in order to upgrade the infrastructure and expand into other unserved communities.

Today, the cellco serves Wyoming, northwestern Colorado, and parts of Utah and Montana. With around 322 cell sites in service, Union Wireless claims to have more wireless towers throughout Wyoming than any other provider.

United Wireless serves Southwest Kansas as a division of United Telephone Association, Inc., which has been around since 1951.

According to the company website, a group of farmers in Ford and Gray counties formed the association back when Southwestern Bell was unwilling to extend coverage outside of Dodge City.

The cellco claims to have the most towers and most reliable 4G LTE coverage in this part of the state, and leverages roaming agreements with national and regional operators outside of its footprint.

Viaero Wireless was formed in August 2003 via the merger of NE Colorado Cellular (trading as Cellular One of Northeast Colorado since 1991) and Wireless II (doing business as Nebraska Wireless since 1995).

That same month, the newly enlarged company selected Nokia to replace its legacy CDMA network with GSM and GPRS core networks and an EDGE-capable radio network. The new networks went live in October 2003 and all CDMA subscribers were migrated onto the new platform by year-end.

Today, Viaero Wireless is said to be one of the largest regional carriers in the U.S., covering parts of Colorado, Nebraska, Wyoming, and Kansas with more than 900 LTE cell sites.

However, the 4G network—which incorporated Huawei equipment—fell foul of the FCC move to prohibit U.S. operators from using Chinese-made equipment due to national security concerns.

As a result, in September 2021, Viaero enlisted Swedish vendor Ericsson to replace its existing core, radio access network, microwave, and router equipment across its entire network with 5G-ready technology.

VTel Wireless is a small, family-owned operator offering 4G LTE technology via 165 cell sites across Vermont and parts of western New Hampshire. Its networks utilize the 700MHz and AWS bands.

The telco notes that some farms and rural homes within VTel’s footprint have received continuous telephone service since its parent company, Vermont Telephone Company, first began operations in 1890.

Vermont Telephone provided the phone line that enabled Calvin Coolidge to be sworn in as U.S. President at Plymouth Notch, Vermont on August 3, 1923!

In a notable claim to fame, Vermont Telephone provided the phone line that enabled Calvin Coolidge to be sworn in as U.S. President at Plymouth Notch, Vermont on August 3, 1923!

Other regional players not fully profiled in this series include:

Bravado Wireless, based in Muskogee, Oklahoma, “was created to give customers an alternative to large cellular contracts and restrictions.”

In Alaska, Cordova Wireless—established in 1997 by the Cordova Telecom Cooperative—serves Cordova and the Prince William Sound via 12 cell sites.

Limitless Mobile serves two previously underserved counties in the heart of Pennsylvania that are home to more than one million people.

Based in Maryville, Missouri, NorthwestCell (formerly known as Northwest Missouri Cellular), signed up as a participant in Verizon’s “LTE in Rural America” program back in 2011, and continues to serve the state’s rural areas.

Pine Cellular serves southeastern Oklahoma with around 140 cell towers. Family-owned and operated, the cellco has its roots in Pine Telephone Company.