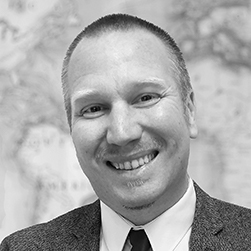 TeleGeography’s daily CommsUpdate newsletter has featured a staggering 76,000 telecom stories since making its debut back in December 2002!

As a tumultuous year draws to a close, we’re looking back at the telecom stories that captured our readers’ attention during 2020. From shareholder shenanigans to mega-mergers, from tax disputes to 5G launches, the CommsUpdate team left no stone unturned in their quest to bring you the biggest daily news stories.

The Brazilian telecom sector is a hotbed of deal-making activity in 2020. And regional consolidation is a theme.

While industry observers are focused on the high-profile auction of Oi’s mobile assets—which is scheduled to take place on December 14—a series of broadband-centric deals have taken place under the radar.

Today, we explore the companies who are pulling the strings.

The unusually-structured deal would have seen U.S. cable player Altice retain Cogeco’s U.S. business, Atlantic Broadband. However, it would sell the company’s Canadian assets to Rogers Communications, which came as a surprise to industry observers in both markets.

On April 1, T-Mobile US and Sprint Corporation completed their long-awaited merger.

It was the beginning of the end for the familiar Sprint brand.

After years of speculation that market liberalization was coming in Ethiopia, in May 2020 authorities kick-started the long-awaited licensing process. The Ethiopian Communications Authority (ECA) issued a request for expressions of interest (EoI) for two new telecom licenses.

With the deadline now passed, we look at the bidders vying to disrupt one of Africa’s last mobile monopolies.

Today, we look at 5G auctions to date and identify the operators who are spending big to strengthen their spectrum portfolios.

The deal is valued at EUR220 million—easily one of United Group’s most notable takeovers.

The Great British Sell-Off: How BT Intends to Dismantle Its Global Empire

In December 2019, UK telecom giant BT Group agreed to sell BT Espana to investment fund Portobello Capital. This was the first part of its plan to dismantle and sell off its sprawling BT Global Services unit. This month, BT agreed to offload its Latin American businesses to CIH Telecommunications Americas, marking the second confirmed transaction.

Today we examine BT’s motivations and take a closer look at other businesses that are likely to be sold off.