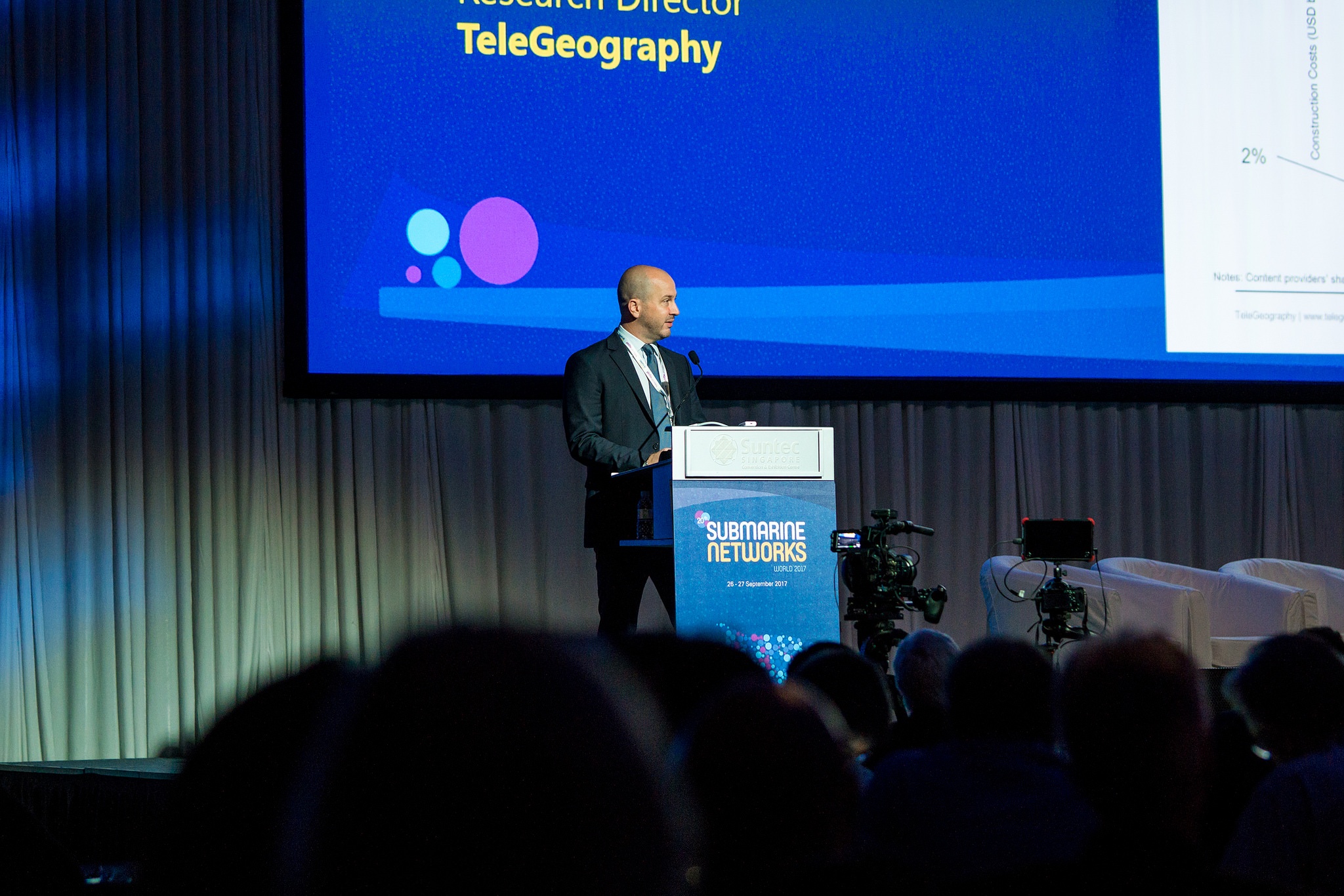 The rapid pace of demand growth will require staggering amounts of bandwidth in the coming years.

While many older cables built in the late 1990s and early 2000s continue to play a key role in global connectivity, their days increasingly appear to be numbered.

TeleGeography's Alan Mauldin talked about all of this and more during Submarine Networks World in Singapore September 24-26, 2018.

His presentation examined when these aging cables may go extinct and assess if investment in a new species of cable is emerging fast enough and on the right routes.

Submarine Networks World is a leading annual gathering for decision makers in the subsea communications community.

This year, the team at Terrapinn expects over 600 industry leaders from more than 300 organizations worldwide.

You can view the full event agenda and speaker lineup on the official conference site.