At the 2015 London WAN Summit, Ray Watson, VP of Global Technology at Masergy, gave a sweeping overview of how WAN technology has evolved and what are the characteristics of the next WAN paradigm he calls "The Fifth Generation I.T."

Programability: The Next Generation

Ray Watson from Masergy takes WAN Summit London 2015 attendees down memory lane and describes the distinguishing characteristics of first, second, third, and fourth generation WAN technology. The current paradigm of 4th generation WAN characterized by MPLS, IP-VPN, mesh networks, web services, and virtualization is already being challenged by the next paradigm, he argues.

Fifth generation WAN is characterized by the programmability of networking functions. Both Software Defined Networking (SDN) and Network Function Virtualization (NFV) are at the core of this approach which promises more agile networks. While typically SDN is associated with with data center operators and enterprise and NFV is to carriers, the two concepts overlap in practice.

Other principles that define 5th generation WAN are:

An Analogy for Networking

Using the analogy of wayfinding, Ray describes the difference between traditional IP networks, MPLS, and SDN and NFV. Traditional IP networks' per-hop routing is akin to navigating on a road trip using only available road signs. MPLS provides a virtual map with predefined paths and intelligence on how things are routed which is analogous to how a physical map helps in planning ahead before a road trip. With SDN and NFV, the map is now on your phone with the added functionality of traffic status updates, weather alerts, and other intelligence that help you make real-time decisions to avoid potential delays and choose more optimal routes.

The ultimate promise of software defined WAN, according to Ray, is the ability for organizations to move away from a tactical, responsive-side type of IT ecosystem characterized by long provisioning cycles and overbuilding for redundancy. The new model of a strategic, agile IT ecosystem is one that is able to deploy additional capacity instantly and on demand which ultimately shifts the focus of IT onto more tactical long-term planning horizons. 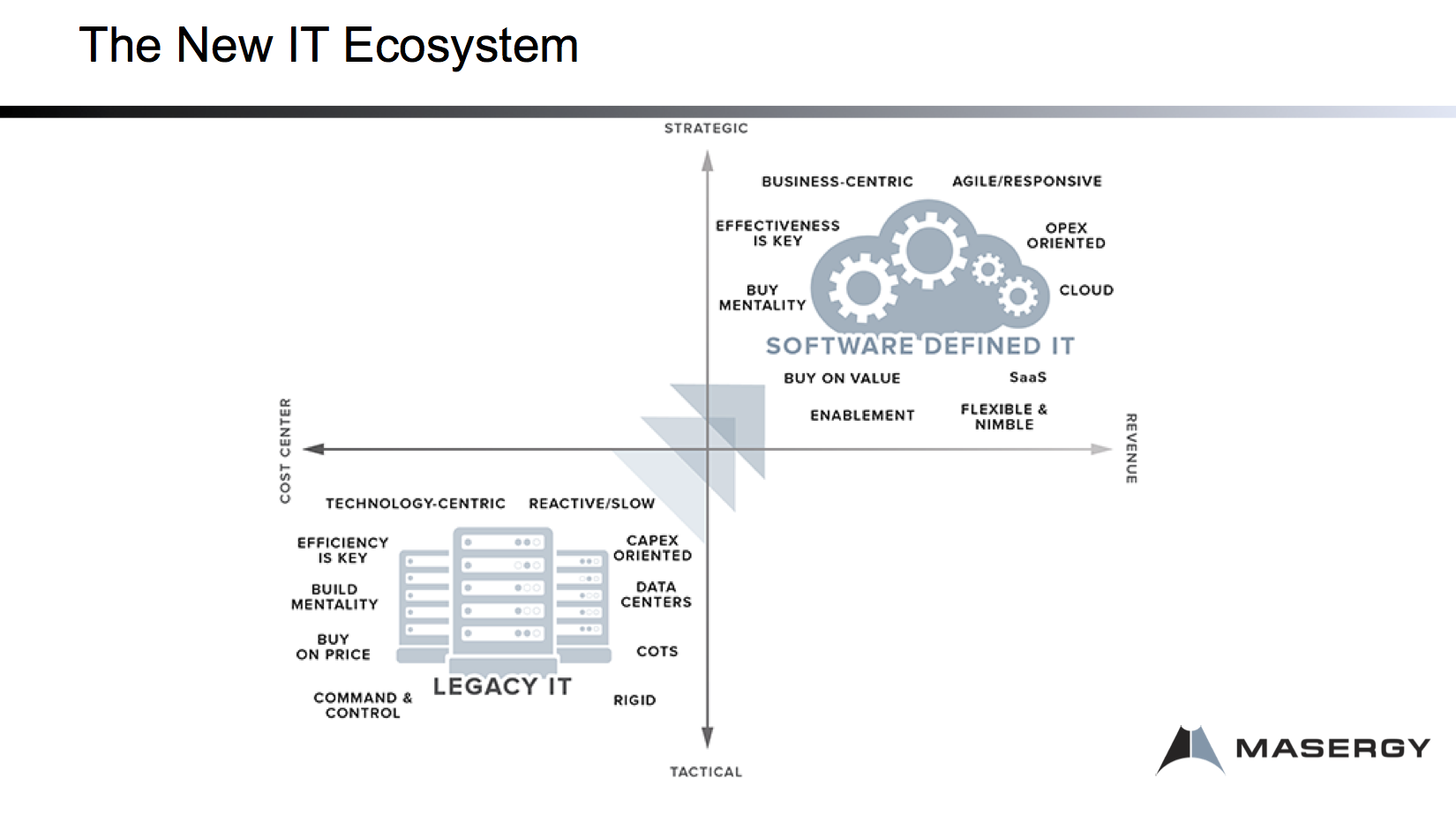