It's impossible for every carrier to connect to every city in their customers’ networks. At the end of the day, not all services are available everywhere.

So what does the geographic coverage of enterprise network services actually look like?

How We Mapped Geographic Coverage

Tracking carrier service expansion required comparing the number of cities in which each carrier offers services across set time periods. New carriers have been added to TeleGeography's Cloud and WAN Infrastructure survey since 2011; a cohort of 151 were present in both 2017 and 2018.

We've maintained data for a core cohort of 49 carriers every year since 2011. Analysis of the five-year compound annual growth rate of enterprise product offerings reflects this group.

IP VPN Dominates
Number of Offerings of All Products, 2018 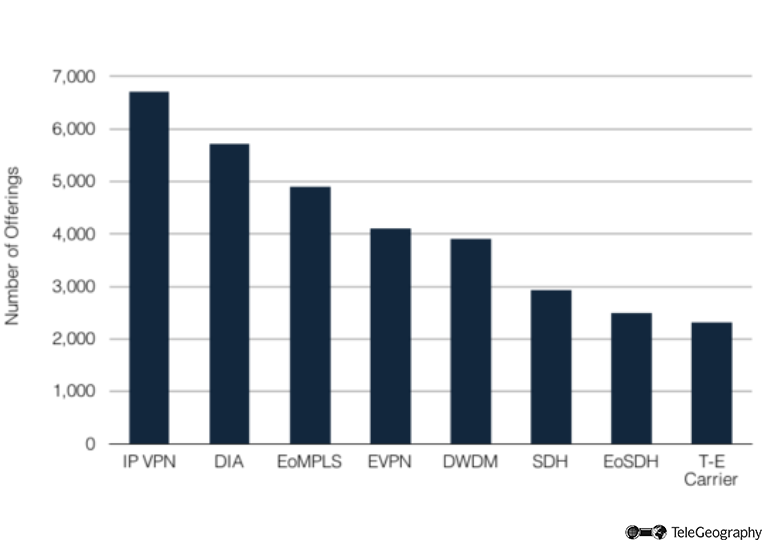 As is the case in the 166 key business centers, IP VPN remains the most prominent product across all global carrier locations, with 6,702 offerings. Beyond that, the breakdown is as follows:

U.S. & Canada Home to Most Competition
Number of Offerings of IP VPN, DIA, EoMPLS, and DWDM by Region, 2018 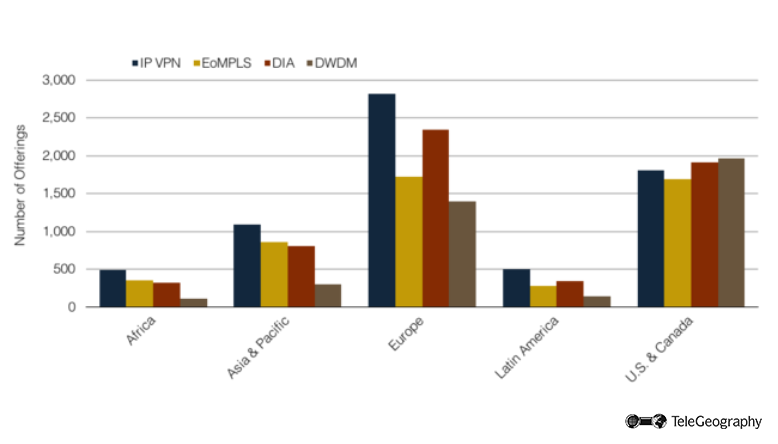