TeleGeography started producing submarine cable maps in 1999, but we were mapping the world of telecommunications years prior to that.

Our first map got off the ground in 1996. This effort depicted a number of in-service cables. It also shows FLAG as a proposed cable, which is pretty neat. 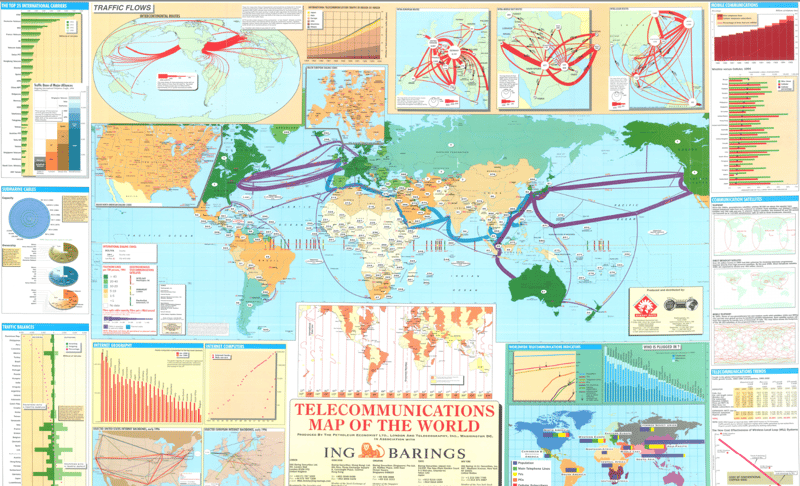 Voice accounted for the majority of submarine cable traffic at the time—it’s now around 0.1%—and cables were planned around carriers’ projected call traffic requirements. (That sounds like a similar story that we recently shared on our blog.)

Cable capacity was even listed as number of voice channels, not bits per second.

Our second map, published in 1997, hints at the explosion of new, fiberoptic cables that was to come. Several planned systems are shown on the map; some of those cables—like Gemini and China-U.S. that were planned/under construction at the time— have now been retired.