U.S. telco AT&T has come under criticism from rivals for pushing its “5G Evolution” technology.

But critics might want to take a long look in the mirror, as many have been guilty of similar marketing hyperbole.

A software update in early January 2019 has AT&T customer handsets now displaying the “5G e” icon when in range of the firm’s LTE-Advanced (LTE-A) network. Additionally, the company is also touting a separate “5G+” service, which is being tested in a dozen U.S. cities.

While the operator’s website clarifies that the 5G Evolution network is its “first step on the road to 5G,” competitors—including Verizon Wireless and T-Mobile U.S.—have blasted the use of the term “5G” in AT&T’s marketing.

Verizon’s Chief Technology Officer Kyle Malady said in a recent blog post: “The potential for 5G is awesome, but the potential to over-hype and under-deliver on the 5G promise is a temptation that the wireless industry must resist.”

“The potential for 5G is awesome, but the potential to over-hype and under-deliver on the 5G promise is a temptation that the wireless industry must resist.”

He added, “If network providers, equipment manufacturers, handset makers, app developers, and others in the wireless ecosystem engage in behavior designed to purposefully confuse consumers, public officials, and the investment community about what 5G really is, we risk alienating the very people we want most to join in developing and harnessing this exciting new technology.”

While not naming AT&T directly, the target of the post seems abundantly clear. 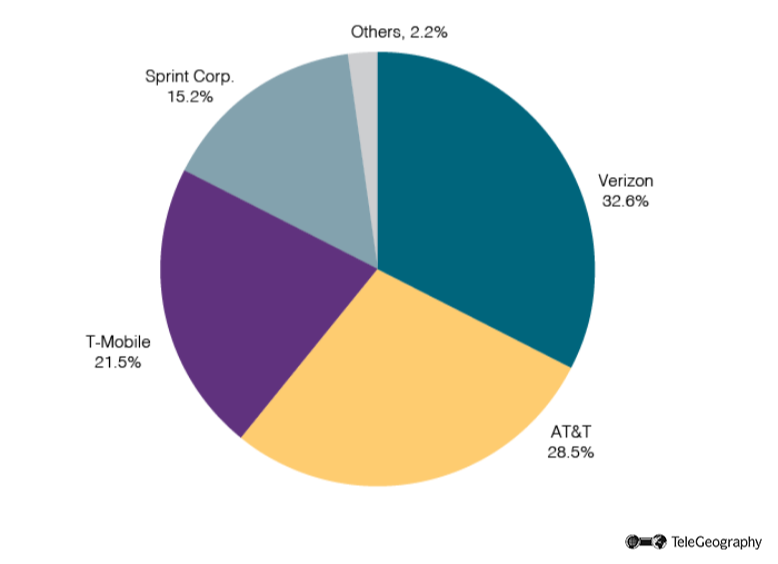 T-Mobile has been more forthright in discussing AT&T’s move, with a series of tweets from CEO John Legere labelling the 5G Evolution network as “nothing more than LTE-A.”

He added that AT&T should be “ashamed of themselves,” and that its strategy was not “just bad marketing…it’s a flat out lie,” which is “intended to confuse customers.”

Legere then turned his sights toward T-Mobile’s larger rival. He tweeted that Verizon “isn’t innocent in all this 5G puffery,” claiming that the operator’s decision to call its non-standards-based network 5G was also “misleading.”

He finished by saying that only T-Mobile would be the first to bring “REAL” 5G, with a “broad and deep nationwide network…and we aren’t going to try to fool consumers about it.”

But T-Mobile doesn’t get off scot-free.

The company recently announced that it had completed what it claimed was “the world’s first 5G data call and video call” on a live 600MHz network. The cellco also accomplished a tri-band 5G video call with three users on different spectrum bands: 600MHz, 28GHz, and 39GHz.

T-Mobile’s press release noted: “Low-band 600MHz spectrum delivers a broad layer of 5G and provides much needed balance to millimeter wave (mmWave)–which is an important piece of the 5G puzzle–but has limited coverage (less than a square mile) and is unable to pass through most objects, like walls.”

However, the 600MHz network on its own will not be sufficient to meet user expectations of a true 5G service. While useful for creating a wide 5G network footprint relatively quickly, with only 31MHz of spectrum in that band, T-Mobile will struggle to support high bandwidth demands.

However, the 600MHz network on its own will not be sufficient to meet user expectations of a true 5G service. While useful for creating a wide 5G network footprint relatively quickly, with only 31MHz of spectrum in that band, T-Mobile will struggle to support high bandwidth demands.

Only areas covered by both the sub-1GHz and mmWave equipment are likely to provide users with a 5G experience that is worthy of the name.

It should also not be forgotten that T-Mobile–albeit under different management–was guilty of its own hype when it came to the launch of 4G. While rivals Verizon and AT&T rolled out LTE-based 4G systems in 2010 and 2011 respectively, T-Mobile came in for much criticism when it opted to label its own HSPA+ service as 4G.

It wasn’t until March 2013 that the German-owned firm launched a true 4G network based on LTE technology. 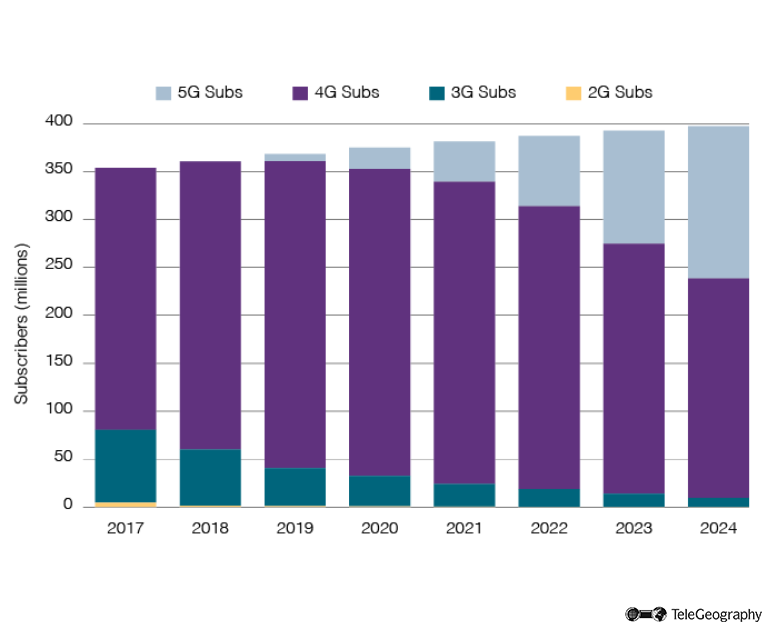 While the hype surrounding 5G will no doubt continue unabated, the technology is expected to have a bright future in the U.S.

TeleGeography’s GlobalComms Forecast Service predicts that there will be 22.5 million 5G subscribers in the United States by end-2020, rising to 159 million four years later.