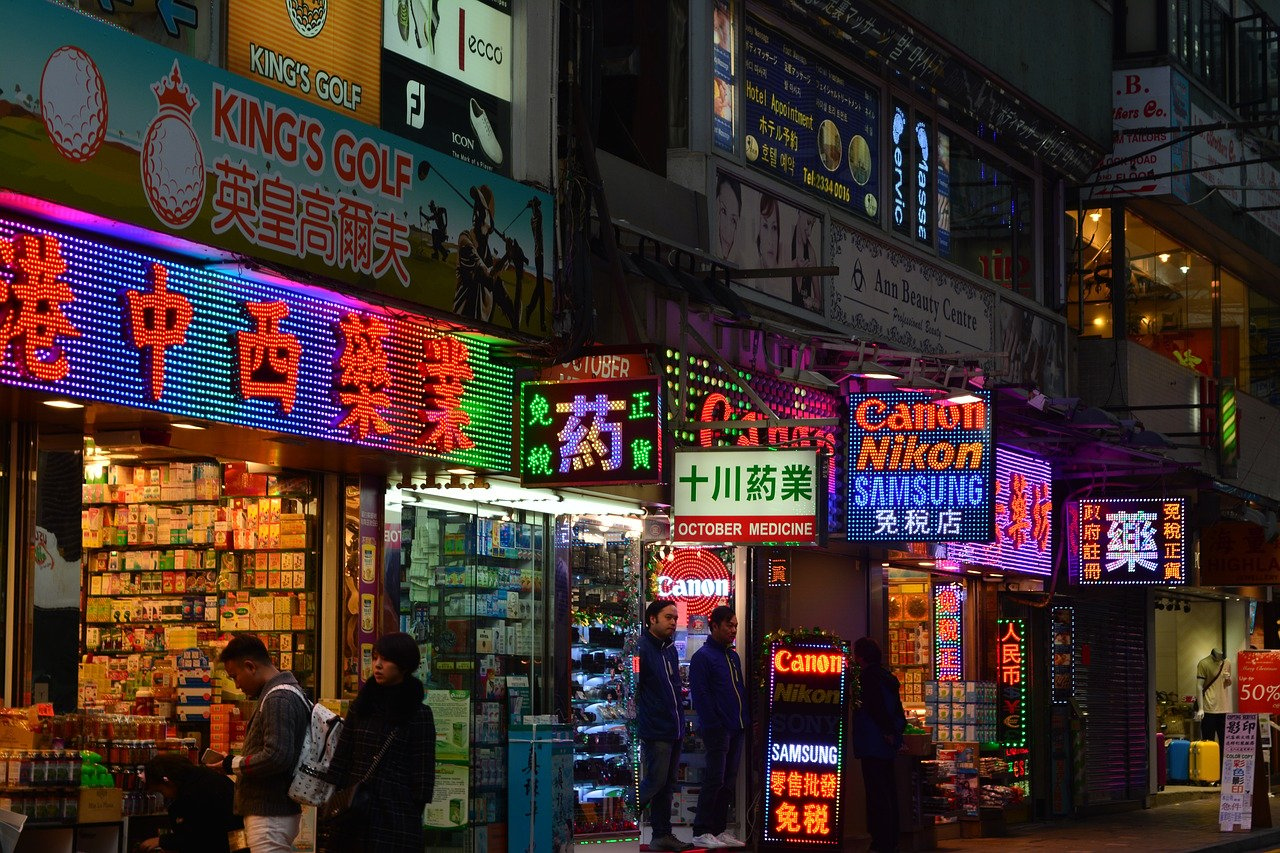 The market for fixed broadband services in the Asia-Pacific region has expanded rapidly in recent years, with a compound annual growth rate (CAGR) of 17 percent between 2005 and 2017.

The region was home to more than 549 million fixed internet customers at the end of 2017, up 14 percent from 482 million 12 months earlier.

More than half of all households across Asia subscribed to some form of fixed or fixed-wireless broadband service as of December 2017, with the penetration doubling since 2010.

TeleGeography’s GlobalComms Forecast Service expects the total number of subscribers to reach almost 627 million by the end of 2022, which represents a more modest CAGR of just 3 percent between 2017 and 2022. 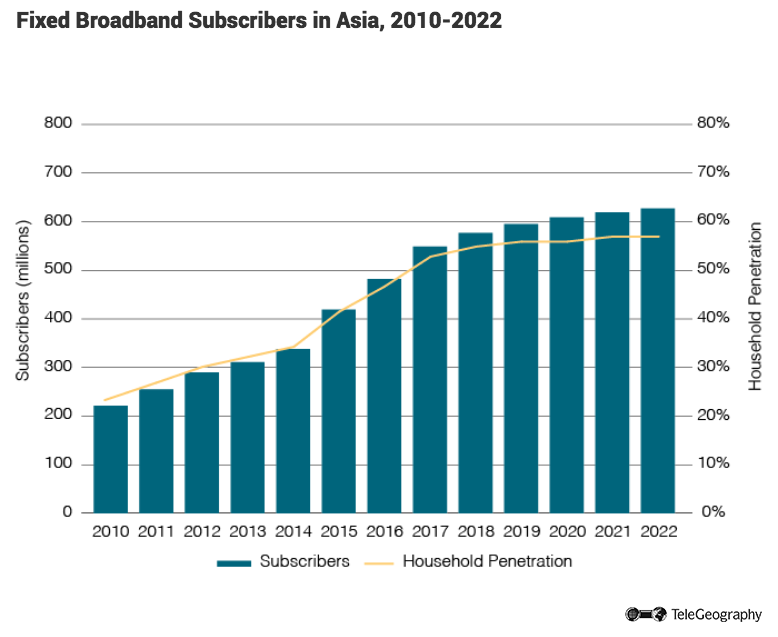 The household penetration rate is forecast to hit 55 percent by the end of 2022, which is above the rates for Africa, the Middle East, and Latin America, but well behind Europe and North America.

In technology terms, fiber-optic equipment is by far the most popular means for the delivery of non-mobile broadband access in Asia, accounting for a massive 74 percent of all subscriptions at the end of 2017.

Next up is fixed-wireless access with 11 percent of all lines, followed by DSL with 9 percent.

China, South Korea, Vietnam, Taiwan, Hong Kong, and Singapore are among the territories that boast fiber penetration rates above the comparative figures. 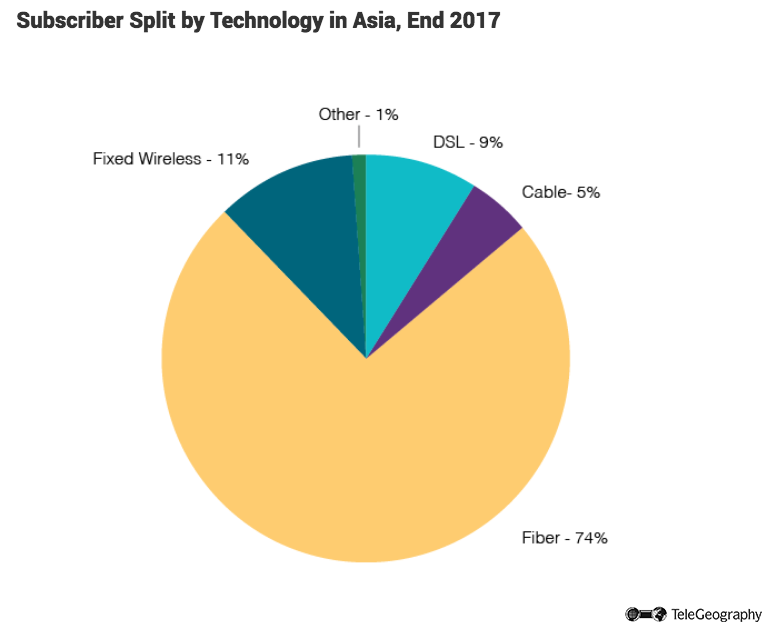 In China, for example, there were almost 330 million fiber-based subscribers at the end of 2017 compared to just 11 million for DSL and 7 million for cable broadband.

China is the largest broadband market in the world by a significant margin, with 361.5 million subscribers as of March 2018, compared to the 111.4 million in the world’s second largest market, the U.S.

China is the largest broadband market in the world by a significant margin, with 361.5 million subscribers as of March 2018, compared to the 111.4 million in the world’s second largest market, the U.S.

Until recently, however–and despite the vast size of China’s broadband market–household penetration has been comparatively low, languishing beneath the 50 percent marker until late 2015 when restructuring at China Mobile/China TieTong added more than 40 million subscribers to the national user base.

Japan’s broadband market is one of the most developed in the world, thanks in no small part to the government’s long-term efforts to nurture competition in the telecom sector.

Successive telecom competition policies, such as 2010’s New Broadband Super Highway initiative, helped to migrate the country from a monopoly to a competitive market populated by a healthy number of access providers and ISPs. This resulted in end users today having access to a raft of technology platforms for their internet provisioning.

The WiMAX wireless broadband network operated by UQ Communications has been a big driver behind Japanese growth, signing up 4.53 million new connections in FY 2017/18 to give it 29.33 million users at end-March 2018, corresponding to a market share of 30.5 percent.

Fiber-based services are also popular in Japan, accounting for more than 31 percent of all lines in service at the same date.

Fiber-based services are also popular in Japan, accounting for more than 31 percent of all lines in service at the same date.

Room for Growth in India

One Asian market where there is still plenty of room for growth is India. The country of 1.3 billion people had just 18.4 million fixed broadband subscribers at the end of March 2014, ranking it 167th in the world in terms of household penetration.

The wide availability and relatively low cost of 4G mobile data services has hampered the take-up of fixed alternatives. India’s city-based ISPs have recognized the threat and are racing to differentiate their offerings from their cellular rivals by deploying faster and more reliable networks based on technologies such as fiber-to-the-home. They've also altered their tariffs to focus on the faster data transfer rates and greater download allowances.