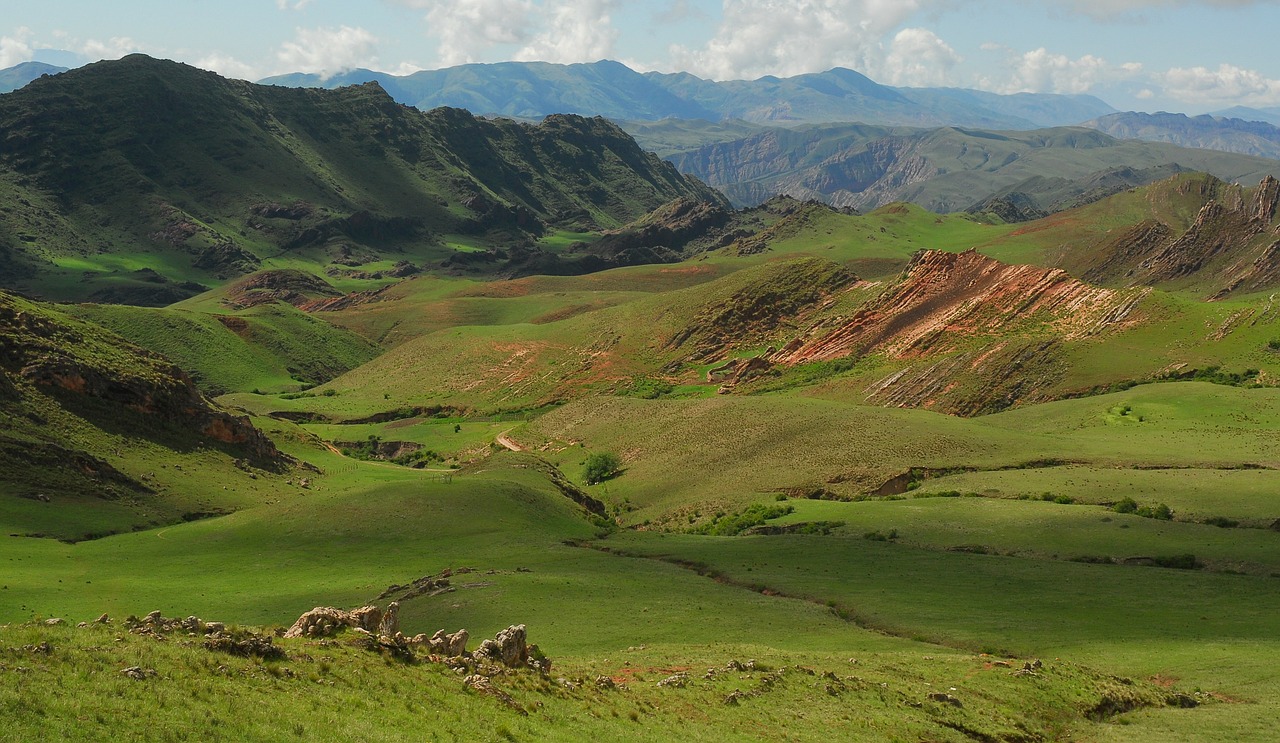 If you've been asking yourself lately what the future of wholesale telecom looks like in Central America and the Andean Region, today's Spotlight interview will be of particular interest.

This month Pricing Analyst Cynthia Sandoval-Swegal joined us in the studio to talk about what she's been seeing in the Southern Hemisphere. You can bet that content providers and price erosion came up—two unofficial themes of our Spotlight series this year. We also touched on South America's current cable boom and the reason enterprise products are gaining traction in Latin America.

You can read our whole conversation below or listen in here.

Jayne Miller: Thanks for being on the Spotlight, Cynthia.

Cynthia Sandoval-Swegal: Thank you for having me.

JM: One of the reasons you’re in the hot seat this week is because I saw your picture on Twitter. You were moderating a panel and I loved it.

JM: You looked like an old pro. This panel you moderated was at Capacity Central America, I believe. And it was all about the future of wholesale telecom, specifically in Central America.

CS: Yes. It was a very fun, candid conversation to have. It was a conversation on challenges and opportunities for investment [in the Andean region].

People were very interested in what the main challenges are. And I think a trend–and this is not just in the Andes, it’s affecting the region as a whole—is the increased presence of content providers.

The Googles, the Microsofts, the Facebooks of the world—because they have such high capacity demands, not every carrier/provider in the region is able to accommodate their needs. Because content providers have such high demand, they’re normally trying to find the most cost-effective measure. So their presence normally brings a decrease in prices, which can be a concern. And that means they’re starting to build their own networks. That’s something that’s been stirring up the market for a long time. That was a big, big topic of conversation.

The other portion [of our discussion] was: what can they do about it? A few of the panelists mentioned how the traditional carrier has to look for new opportunities and rework their own strategies. For competitive advantage and product differentiation, they have to present themselves better and deliver a better product, which I think is fair.

Traffic is growing, but it is very localized. Another area of opportunity is trying to bring bandwidth to the end-user.

Another takeaway is that traffic is growing, but it is growing localized. So another area of opportunity is trying to bring bandwidth closer to the end-user. And to supplement networks in areas that have historically been poorly-served. We’ve already started seeing that. The Chilean government has started to push for that. The Peruvian government is already doing that. So that’s definitely an opportunity.

JM It sounds like a good conversation! And to give people a little background on where you’re coming in, you’re a pricing analyst and your focus is on the Americas. In this conversation and others, what are some of the pricing trends you’re seeing in this region?

CS: Of course. There have been some recent network investments and resulting increases in supply and competition. In general this has been consistently bringing prices down. That’s the main story here. Especially key U.S.- Latin America or Intra-Latin America routes have seen a significant price decline, with around 25% compounded erosion through the past three or four years. So it’s very noticeable.

With that being said, the region is very different from other more mature markets like Europe, where prices tend to be more homogeneous. The regulatory environment. The availability of bandwidth/connectivity—things like backhaul or last mile—these are all things that are definitely different by country. So that gives you a whole price spectrum.

CS: Absolutely. By far the biggest story, from a pricing perspective, would be Brazil, which we just published a bandwidth pricing report on. It’s not only the biggest economy in the continent, but it’s the country that has seen the most bandwidth supply. Seabras-1 was just deployed and at least seven more cables are in the works, connecting specifically to Brazil. So obviously those prices have seen a significant dive in the past year or two. We’ll probably continue to see some generous price reductions in there.

JM: The next thing I’m curious about—what do people get wrong about wholesale telecom in the Americas? What is the biggest misnomer that you encounter?

CS: I don’t know that I’ve been told anything that’s outright wrong, but I think the biggest surprise for people who don’t specialize in telecom in LatAm—they’re usually surprised at how fast prices are declining. Especially if you look at the globe; Latin America—along with Africa and the Middle East—is not a region that has as much capacity or as much network development as Asia or Europe or the U.S.

I think the biggest surprise for people who don’t specialize in telecom in LatAm—they’re usually surprised at how fast prices are going down.

But that being said, prices continue to go down really fast. So they’re usually surprised by that. Especially with Brazil. That has been amazing to watch.

JM: Maybe it’s a trend people have heard about but they’re surprised by the magnitude of it.

CS: Yes. They don’t realize how fast—granted, it’s still at a premium, still two to three times what you see in Asia—but the pace is what people are usually surprised about.

JM: And that makes sense. We’ve had some interviews earlier this year—Bri talked to us about price erosion, Erik touched on it a little bit, too—and it’s a very similar story.

One more thing while we have your expertise: I’m wondering if you have any interesting or exciting stories that you’re following in your region that you think is worth shouting out or is a good representation of what’s going on or is maybe just underreported in some way.

CS: The biggest thing, at least for me, is the cable boom that’s coming to the region. As I said Brazil is the big one, by far. Seven systems going to one single country other than the U.S.! To me, that’s a huge thing. So that’s a big one.

But also, there seems to be a tilt toward enterprise products. The bandwidth market—its revenue streams—have been going down because prices have been eroding so fast. We’ve seen a lot of providers tilting toward enterprise services to maximize the use of their own networks [and] extend services to more companies or ISPs around the hemisphere.

I’m sure you’ve heard of SD-WAN, which has absolutely taken over the globe. We’ve already seen it in Latin America, which to me is mind-blowing. It’s something so new and the hemisphere is already starting to catch on.

I’m sure you’ve heard of SD-WAN, which is absolutely taken over the globe, and we are starting to see it in Latin America. It’s something so new and the hemisphere is already starting to catch on. That’s really exciting. And of course, the increasing availability of enterprise services will have eventual repercussions in the bandwidth market because it’s basically demand driving connectivity.

Those are the main two things I’m always trying to look at. My background is in political science, so I’m always looking at the regulatory environment just for fun. In LatAm, that can be particularly onerous on companies; the ease of doing business is not great in the hemisphere. That’s something I’m usually looking at.

JM: Those are good suggestions. We’ll be sure to link CommsUpdate pieces or blog posts that relate because those will be good for our listeners!