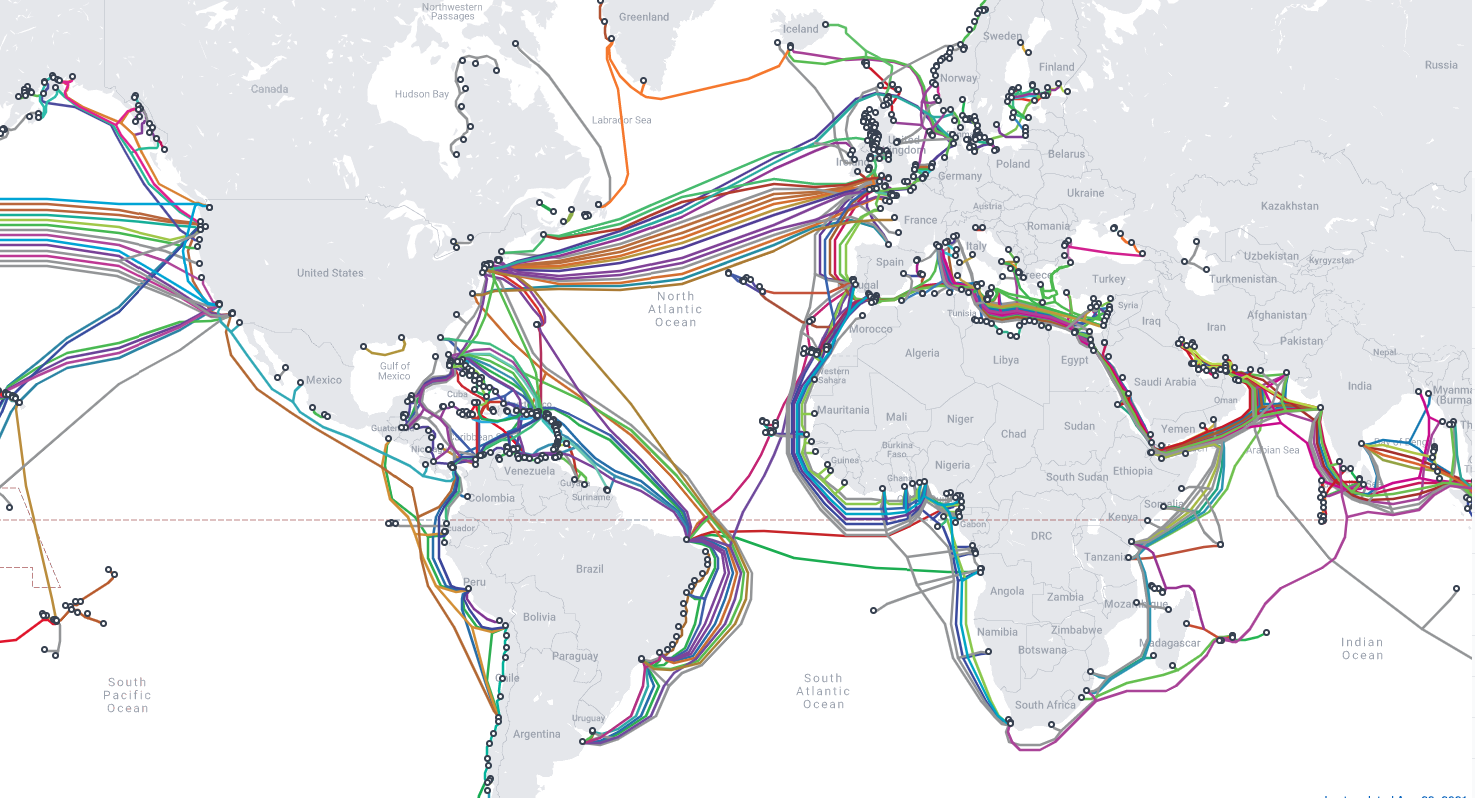 Someone Made a 3D Visualization of our Submarine Cable Map

The internet has been buzzing this month.

What cut through the noise and captivated us in September?

First and foremost, a coder adapted our renowned Submarine Cable Map into a neat 3D visualization, sparking a larger conversation about all things cables with the team over at Vice.

Global bandwidth has reached a new high. Facebook's 2Africa cable plans have been extended. 5G gaming services are scrambling to keep up with their growing customer base. Uganda’s number-three wireless operator is shutting down.

Have we piqued your interest? Read on for more details.

Don't mind us, we'll just be watching this on loop for the next hour.

Our data shows that global internet bandwidth rose by 29% in 2021.

29% is a huge relief after the previous year's COVID-driven surge of 34%. In this piece, Capacity dives into internet traffic and bandwidth trends using TeleGeography research.

Facebook's 2Africa cable system, first announced in 2020 and expected to go live in 2023, has just received a promotion.

While originally slated to span 37,000 kilometers, this ambitious cable will now stretch to 45,000 kilometers to include the Middle East and India.

5G gaming will require Edge data centers – and lots of them

As more and more customers enter the gaming world, gaming services are working overtime to prevent lagging and buffering. This latency won't be tolerated by users who have the power to simply unsubscribe if they're feeling dissatisfied.

Enter 5G (and the many points of presence it requires to flourish).

(And speaking of latency, you can join TeleGeography's Paul Brodsky on October 6 at 11:00 a.m. ET for a live discussion on this topic. More details on that over here.)

Uganda’s wireless market has been rocked by the imminent closure of number-three player Africell.

October 7 will be its last day of operation.

How will the Ugandan Telecom Sector—and Africell’s estimated 1.2 million subscribers—fare? Here's what we know.