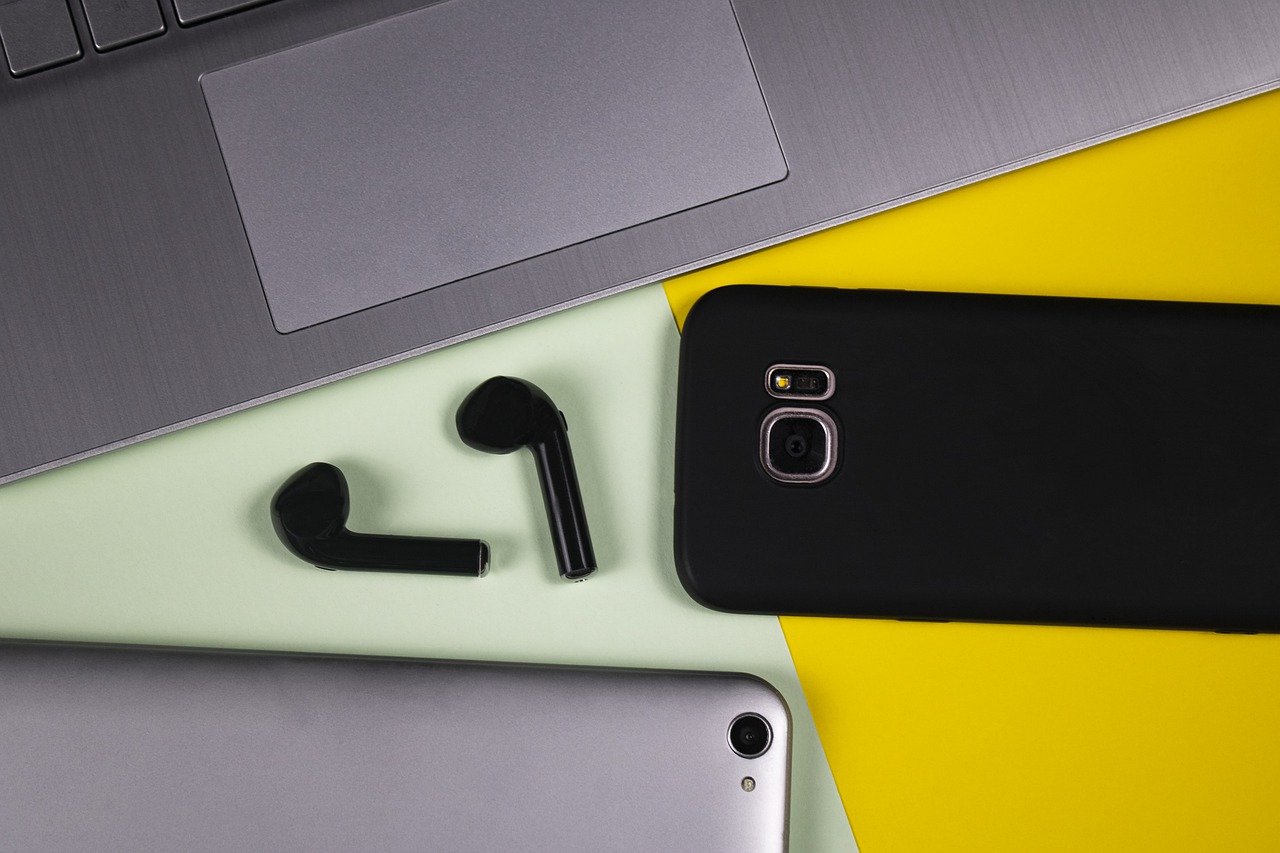 Three Trends Impacting the Future of the Long-Haul Capacity Market

We've said it before and we'll say it again. When it comes to the global bandwidth market, the two most predictable trends are persistent demand growth and price erosion.

But if the latest update of our Global Bandwidth Research Service teaches us anything, it's that there's more beneath the surface.

When we look to the future of the global bandwidth market we see that operators will have to navigate the major uncertainties of an evolving sector and a global pandemic.

Today we want to look at other key trends—among many—that will affect the long-haul capacity market in the coming years.

Up, Up, and Away: Utilization on the Rise

Even with the introduction of many new cables and the ability for older cables to accommodate more capacity, the growth of potential capacity has failed to outpace that of lit capacity.

Even with the introduction of many new cables—and the ability for older cables to accommodate more capacity—the growth of potential capacity has failed to outpace that of lit capacity. (Here's a quick explainer on that.)

This means that the share of capacity that is lit on major routes has begun to rise. 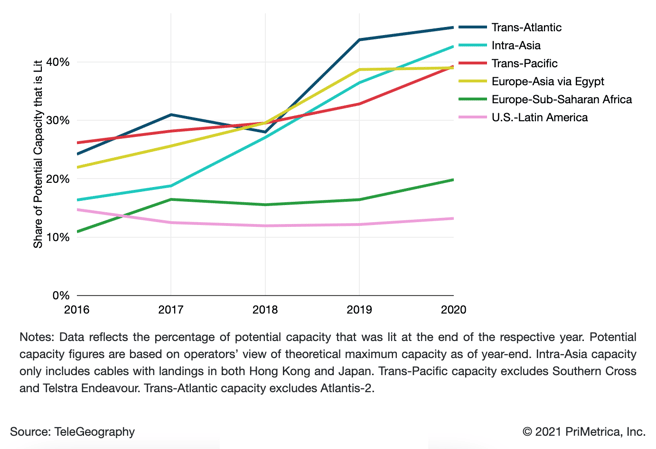 Looking at the lit share of potential capacity is not the only way to measure utilization. In fact, the availability of fiber pairs is emerging as a key metric on routes where content providers are involved.

Thus, when gauging potential supply on a route it's important to bear in mind not just how much unlit capacity remains but whether unlit fiber pairs are available as well.

Content providers' international capacity has grown rapidly in recent years, but how long can this last?

Most network planners in these companies focus on meeting expected growth for a two-to-three-year planning horizon. In our discussions with content providers, all of them have indicated challenges in forecasting their longer-term demand requirements.

A few aspects that influence growth rates include:

I actually wrote about this exactly one year ago. And while there have been some developments worth highlighting, I think the sentiment bears repeating.

Here's the summary if you missed last year's post: the rapid expansion of major content providers’ networks has caused a shift in the global wholesale market. Google, Microsoft, Facebook, and Amazon are investing in new submarine cable systems and purchasing fiber pairs. This removes huge sources of demand from the addressable wholesale market. On the other hand, it drives scale to establish new submarine cable systems and lower overall unit costs.

Unit cost savings of large investments are a great incentive to invest for operators, but they don't want to be left with too much excess bandwidth. It's often a race to offload wholesale capacity before a new generation of lower-cost supply emerges. Carriers most likely to succeed are those with massive internal demand and less dependence on wholesale market revenues.

The sheer growth in supply will drive lower unit costs for bandwidth. In the face of unrelenting price erosion, the challenge for wholesale operators is to carve out profitable niches where demand trumps competition.